30-34 New Bridge Street is a mixed-use building consisting predominantly upper floor office and ground floor retail located in the City of London adjacent to Blackfriars Station. Originally built in the early 20th century, the 7no. storey building fronts New Bridge Street to the west and overlooks a small urban park to the south.

The current proposals include refurbishment of the commercial office areas and building cores with works to include full replacement of existing plant, non-loadbearing internal finishes, cleaning and repairing of existing retained façade and replacement of windows and doors.

The most significant change however is a contemporary single storey roof extension and addition of roof terrace amenity, complemented with a new feature south flank wall comprising a feature green wall and planters to reinforce the existing pocket park.

The practice was retained by contractor McLaughlin & Harvey to complete the detail design and delivery of the development.

A BIM level 2 model is being used to coordinate structure, services and fabric and our in-house façade engineers are working closely with the preferred sub-contractors to rationalise the construction of the roof top extension and detail up the feature green wall. 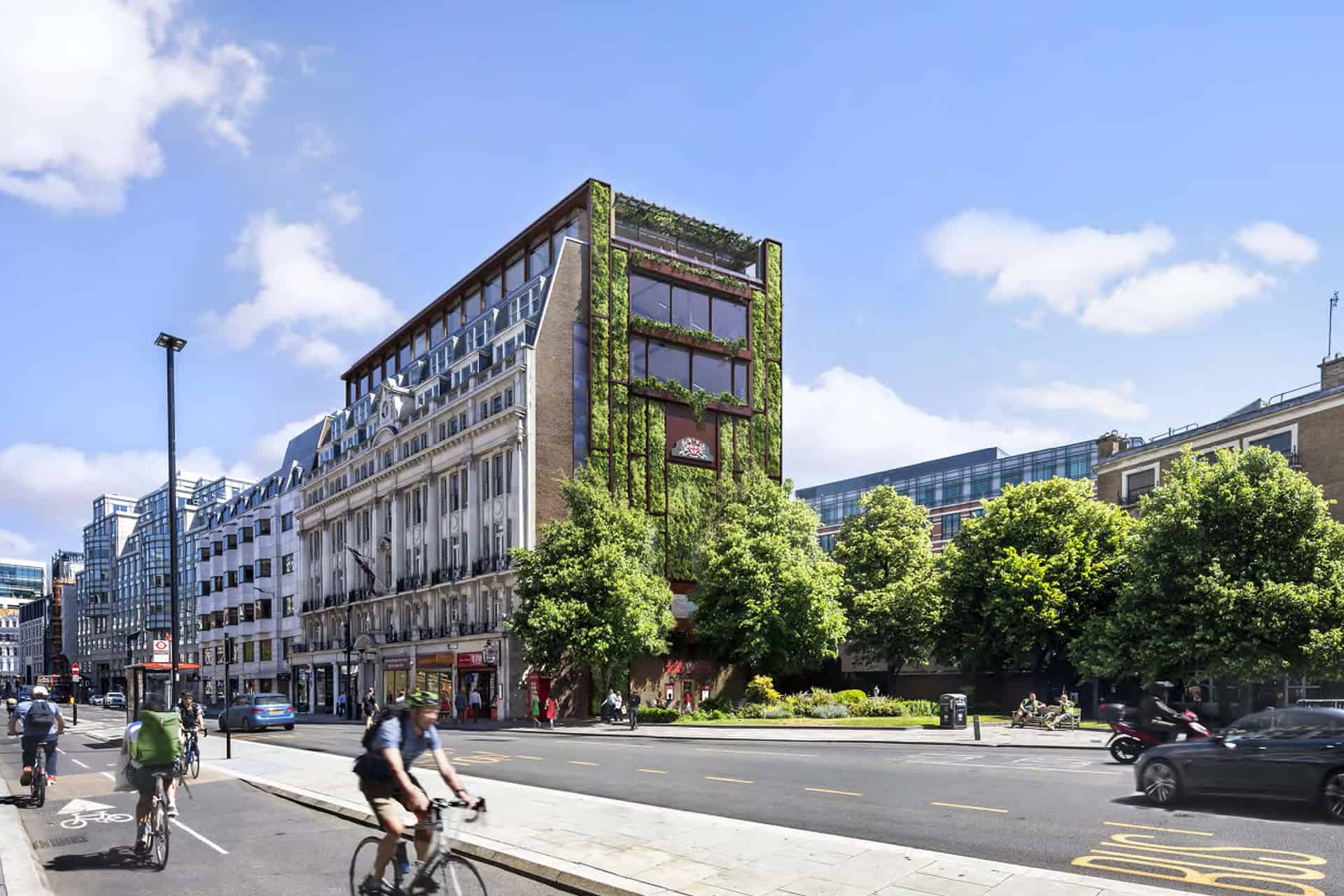 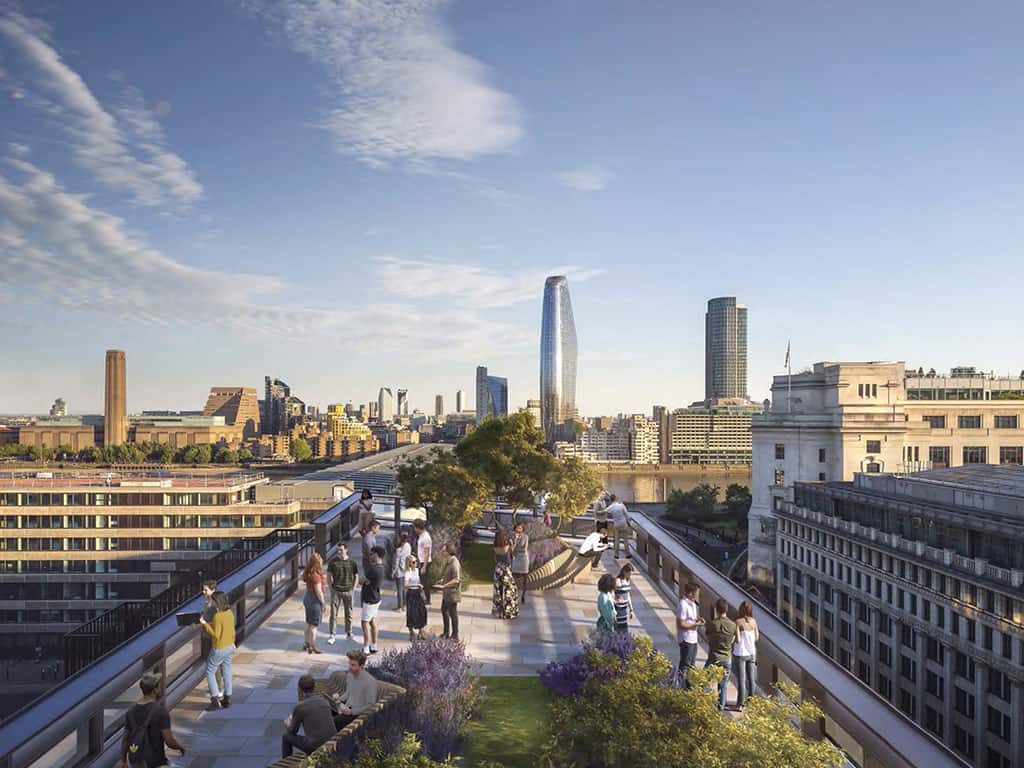 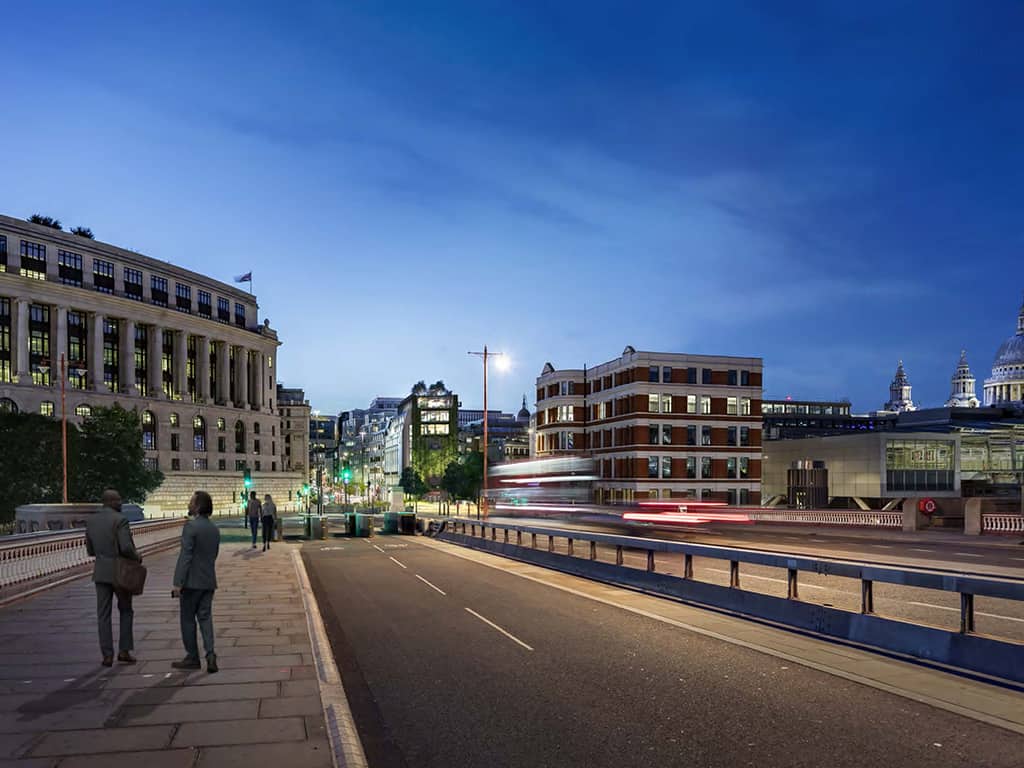 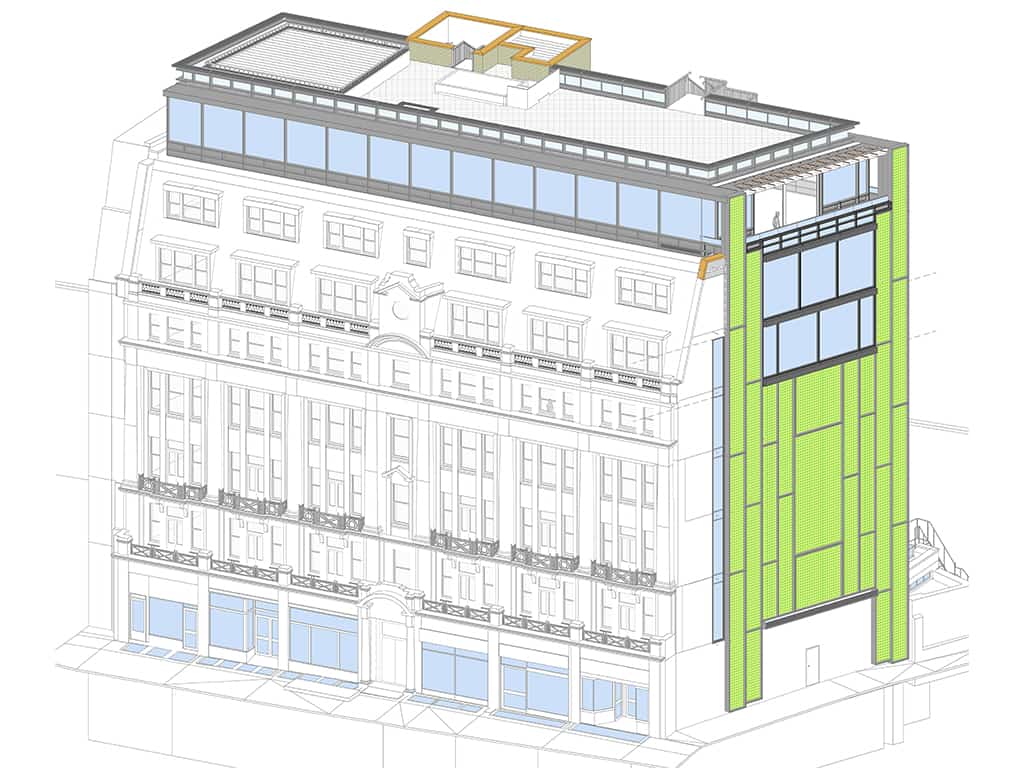