Fit-out of Offices for Santander, Dublin

Goodluck Hope is a riverside development on the Thames, just opposite the O2 arena. The development comprises 841no. apartments and townhouses along with 25,000sq ft of commercial, education and amenity spaces including a swimming pool, sauna, gym and cinema. More 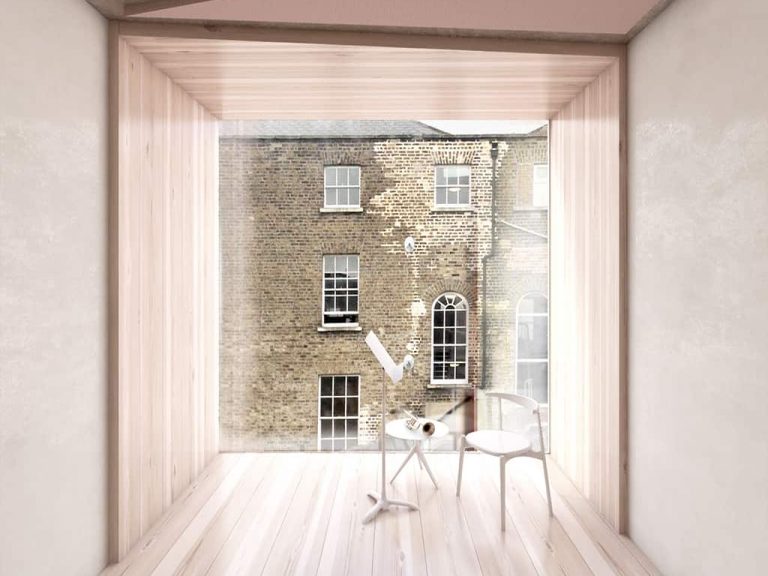 The Royal Irish Academy of Music was founded in 1848 making it Ireland’s oldest musical institution. The practice secured the prestigious commission to reconfigure and extend its original building in Westland Row through a limited design competition. More

Designed for developer Lagan, the Glassworks is a one hundred and sixty home apartment development on brownfield land located off Hulme Street within the Salford Crescent Masterplan area. More

Pendleton House, originally built in 1936, formerly housed the Coroner’s Court in Salford. The site benefitted from an extant residential permission that retained and extended the original building, but that was proving commercially unviable for the client to take forward. More

Belfast Having established a base in Belfast in 1990’s the company identified a need for a new headquarters in the city. The scheme was carried out over two phases in March 2006 and June 2016.

Royal Wharf is located next to the Thames Barrie in London just east of Canary Wharf. The total development masterplan comprises over 3,300 homes along with retail, leisure and education amenities. More

The White Rose is a 155,000sqft shopping centre, anchored by a number of respected brands, that sits in a prominent location in Rhyl, the popular seaside town on the north east coast of Wales. More

The MST & PFC (Main Site Tower and Peter Frogatt Centre) at Queens, links and transforms the interiors of two outdated 1960’s university buildings, into a contemporary teaching and learning environment – where the challenge of knitting together of old and new extended to having to work with existing upper floor to floor heights of just 2.7m. More

Horse Racing Ireland is a commercial semi-state body that is responsible for the thoroughbred and horse racing industry within Ireland. More