Beech Hall is one of three new Health and Well Being Centres designed for The Belfast Health and Social Care Trust as the result of a design competition in July 2003, won by TODD in collaboration with London based Architects, Penoyre & Prasad.

Constructed on a steeply sloping green field site on a busy main thoroughfare into Belfast City Centre. The five storey building enhances the streetscape, consisting of two staggered wings allowing for a public block to the front and a staff wing to the rear. The blocks are designed to an optimum width to allow for natural ventilation and cooling. The slope of the site is cleverly utilized to minimize the massing to the street, with the two wings linked by a glazed bridge that connects at second floor level through the tree tops.

The main pedestrian entrance is accessed via Andersonstown Road, giving the building civic presence and improved public accessibility. A ramped terrace provides access to the main reception and allows privacy to the clinical spaces beyond from the footpath. This change in level also allows level access from the car parking tucked away to the rear. The two wings have been designed to have a striking aesthetic. Steps in heights allow for green external areas and further voids in the elevations. The project started on site late 2008 and opened to the public in April 2011. 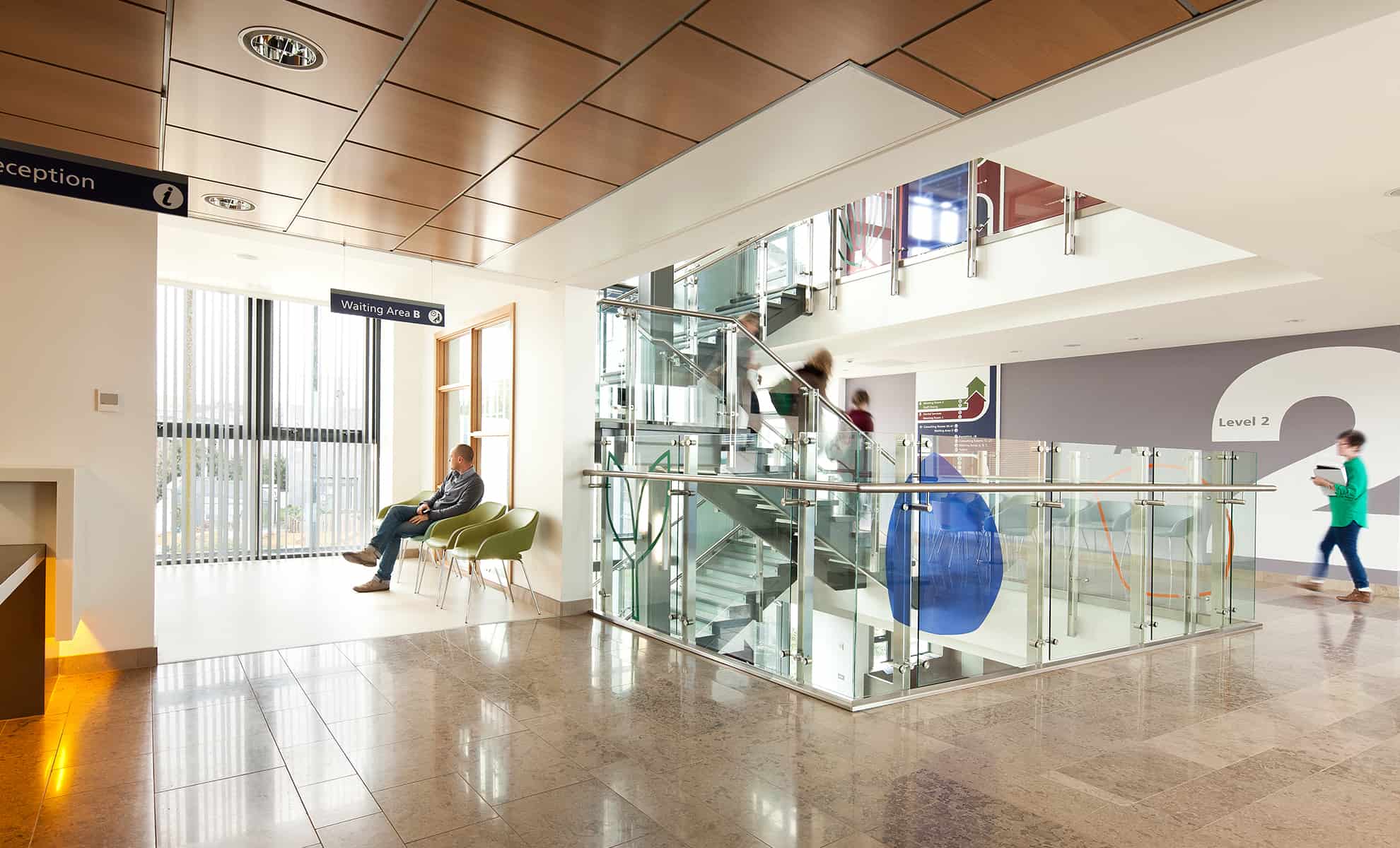 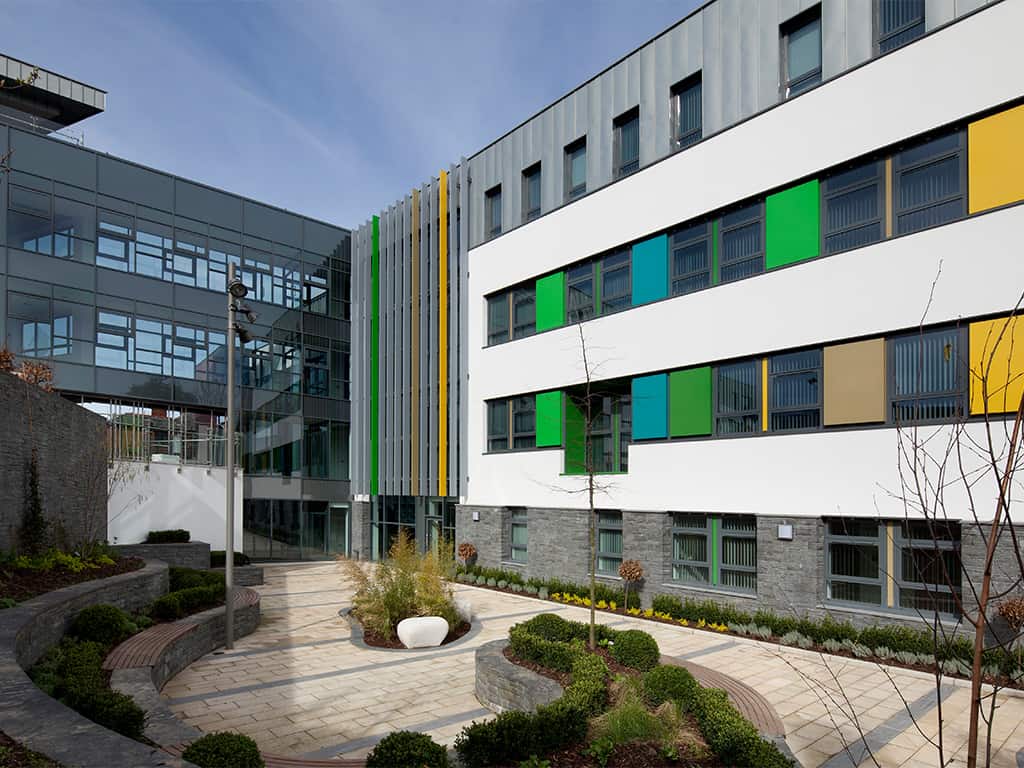 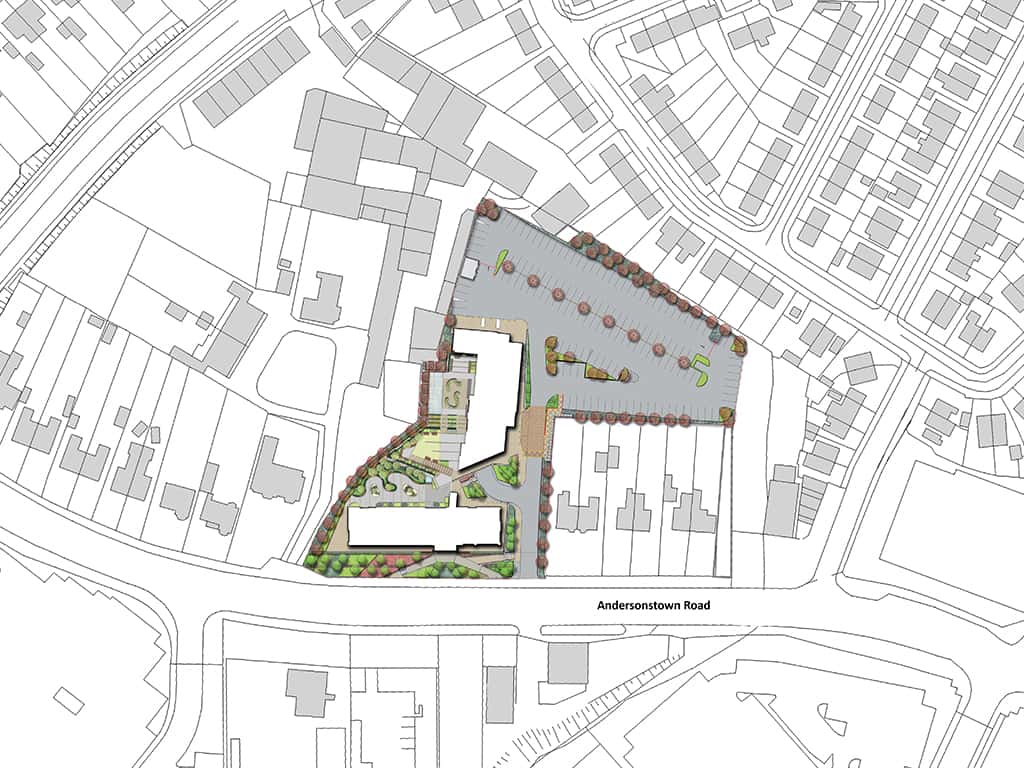