The Belfast Circus School was established in 1985 as a charity dedicated to transforming lives and communities through the power of circus arts and street theatre. It has grown and developed to the point where it is one of the most significant cultural forces in Belfast today with its influence felt both locally and internationally. As a result, there is no space in the existing building for further classes and there is currently a waiting list of just under 900 children. Coupled with impressive future plans the school has for developing and diversifying the business, the need for new facilities is clear. TODD Architects were appointed as the Architect and Lead Consultant for the Feasibility study and Stage 2 proposals for the new Belfast Circus School building.

The clients brief focused on developing an iconic and ambitious building concept, stating a preference for a building which was both unique and instantly recognisable. The ‘Big Top’ is a symbolic form which represents the culture of the Circus and from early on this began to inform the design. Like a tent, this building has been designed to reach ‘a point’ which immediately links back to the spire at St Anne’s Cathedral close to the original home of the school.

The proposed building form is bold and uncompromising, appropriate to the site. Monolithic folding metal planes wrap the building and root it to the earth. At various critical points, large areas of clear glazing expose themselves to the outside welcoming visitors in. The use of coloured glass links back to the colour which is always traditionally linked to a circus. The rear performance space is covered by the building form which allows the building to immediately be knitted together with the outside spaces. At various intervals across the elevation elements of glazing have been hidden behind folding shutters. These shutters have been perforated to allow both light into the building 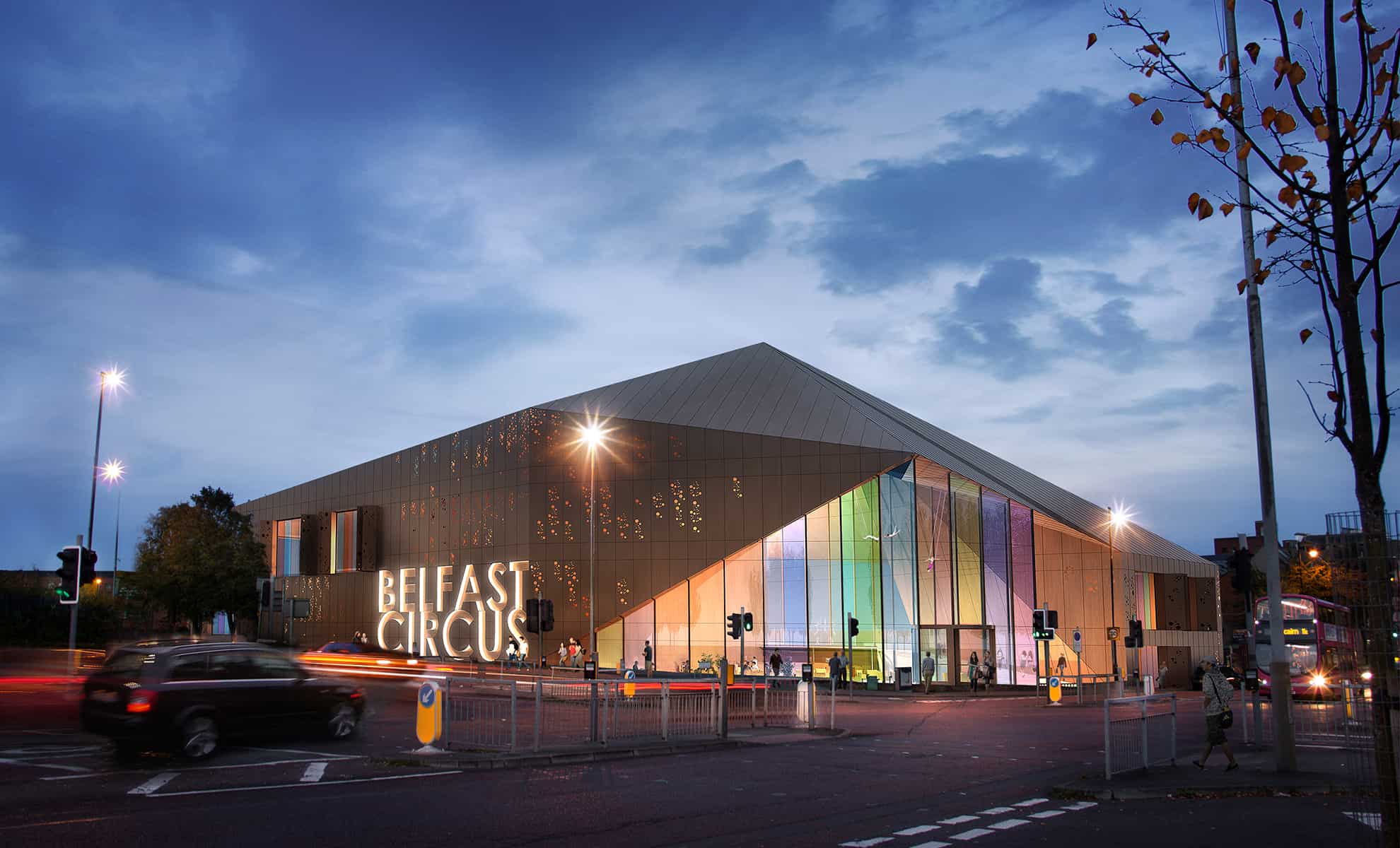