CastleCourt was one of the new breed of city centre shopping centre’s that emerged in the UK in the 1980’s and 1990’s.

The centre constructed during the Troubles in Northern Ireland, was seen as an important regeneration catalyst for Belfast.

The practice has been engaged in the centre at differing times in its history, initially exploring opportunities for a major extension (incorporating a John Lewis store) and then completing a major internal refurbishment, introducing a new food court and completing a general overhaul of lighting and branding.

Most recently the practice has been brought in by current owners Wirefox to examine how the Debenhams store might be repurposed, which has included looking at the incorporation of leisure uses and a market. 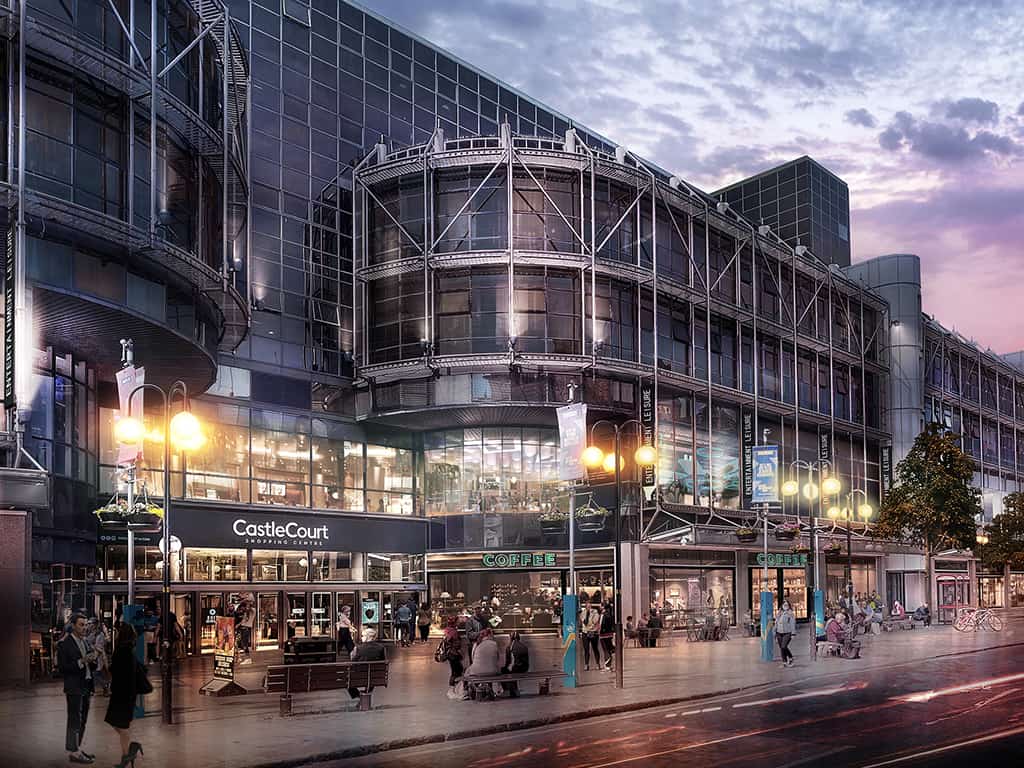