Located in Larne due to geological conditions the project the CAES facility was designed to store excess energy from natural sources such as wind and solar power for re-use later during peak demand times. The cutting edge technology uses green energy to compress air into large underground caverns which is released later through turbines to generate electricity.

Options were considered for two sites to house the plant equipment used during the energy storage process and two contextual approaches were developed.

The first site, overlooking Larne Lough was located in a prominent visual location. The conceptual approach was for curved screen that concealed the industrial plant whilst maintaining a clear functional space below.

Designed as steel structure the screen was clad with angled aluminium blades in a random mixture of colours derived from the local setting to reduce the visual impact. The lower ancillary buildings utilised multi-coloured cladding panels providing a uniform aesthetic across the site.

The second site….JM to complete 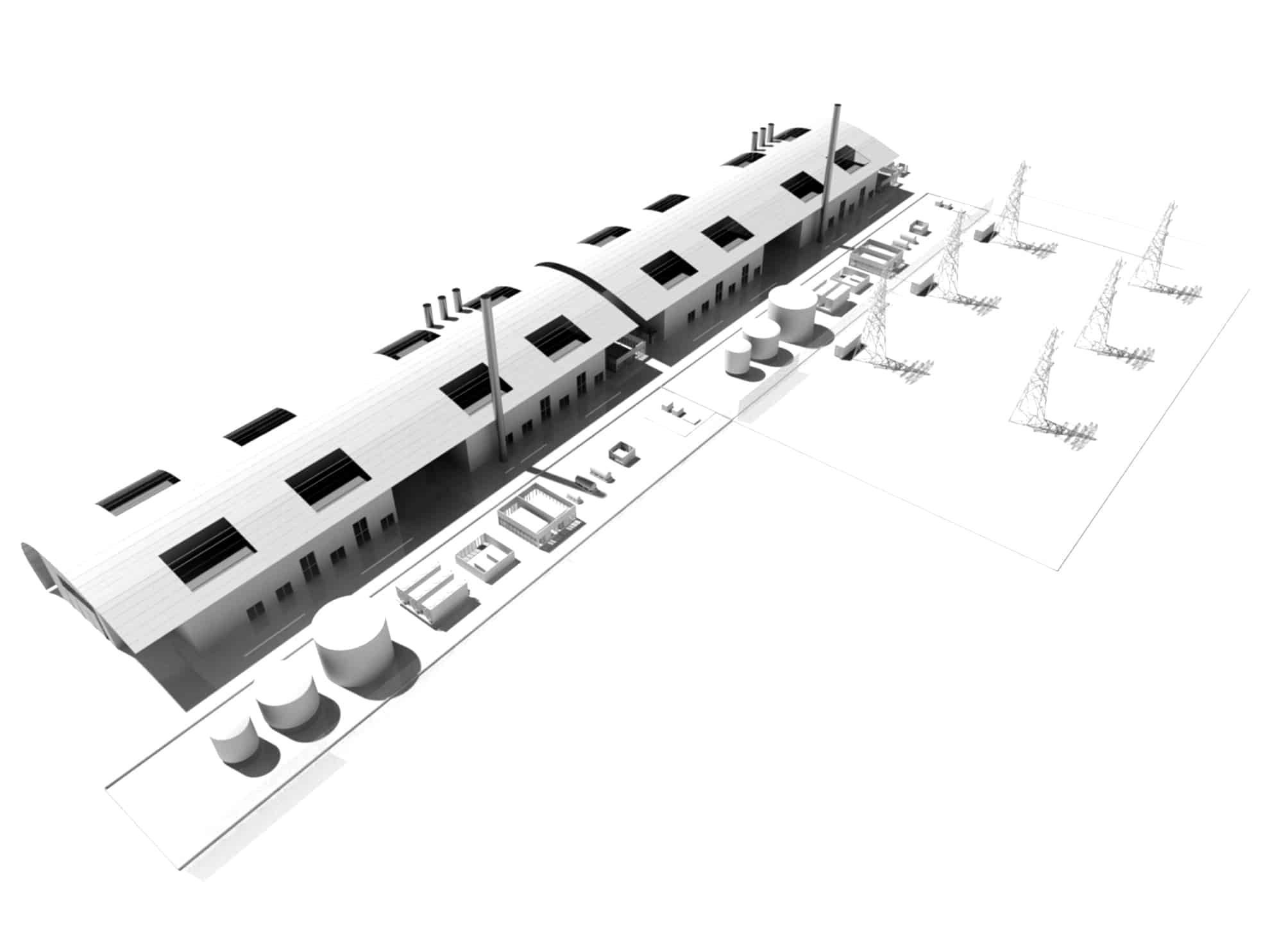 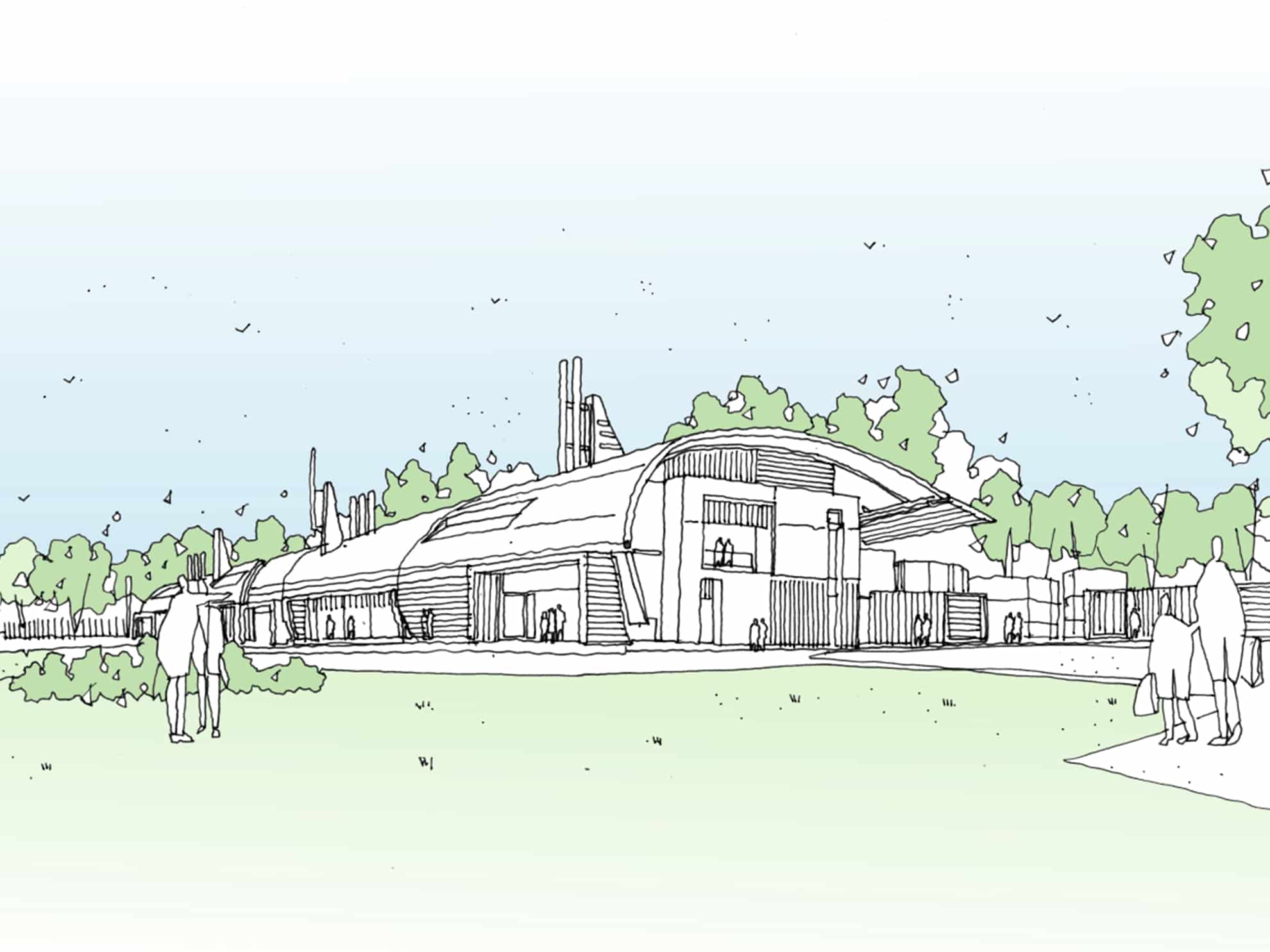 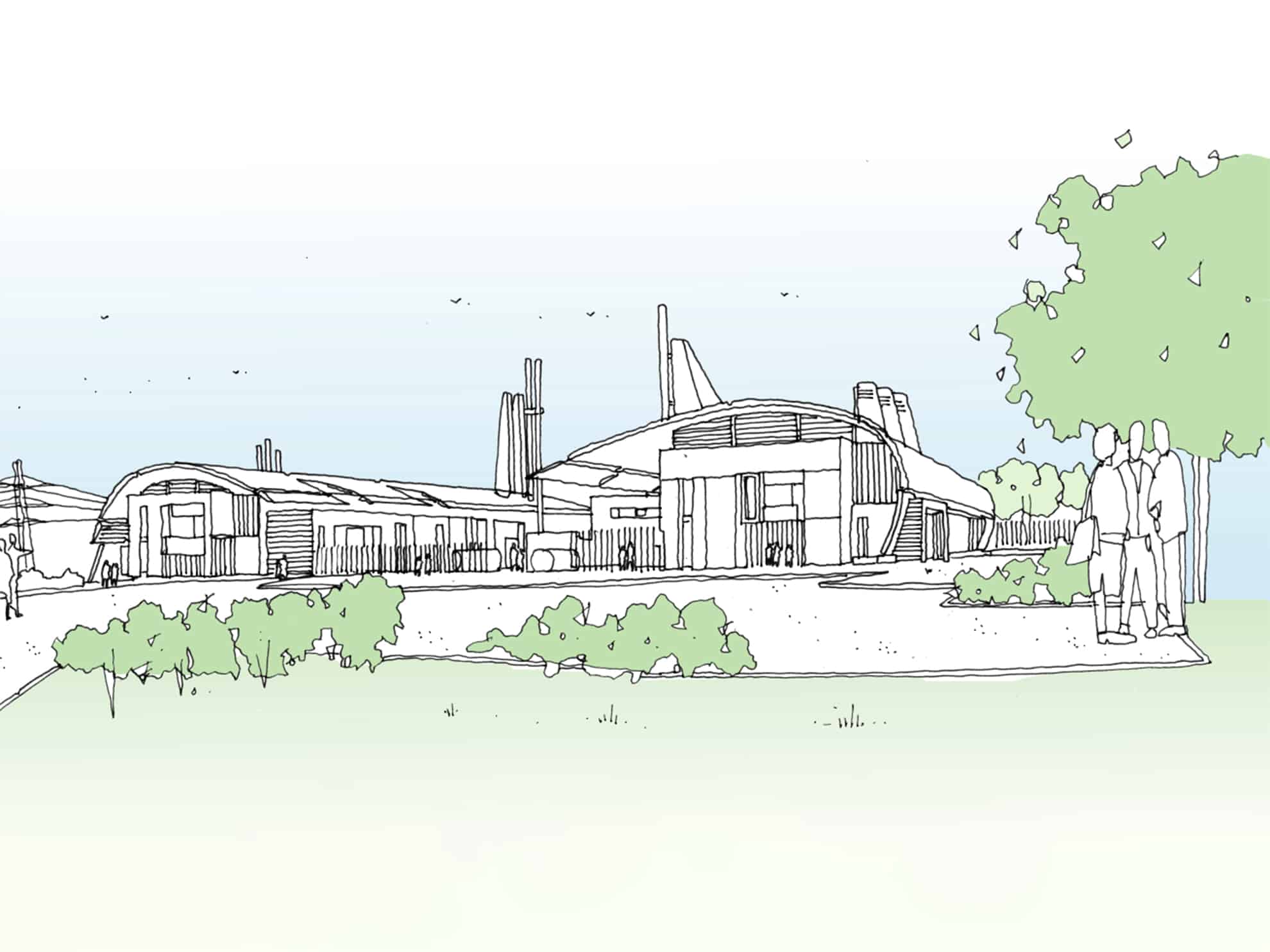 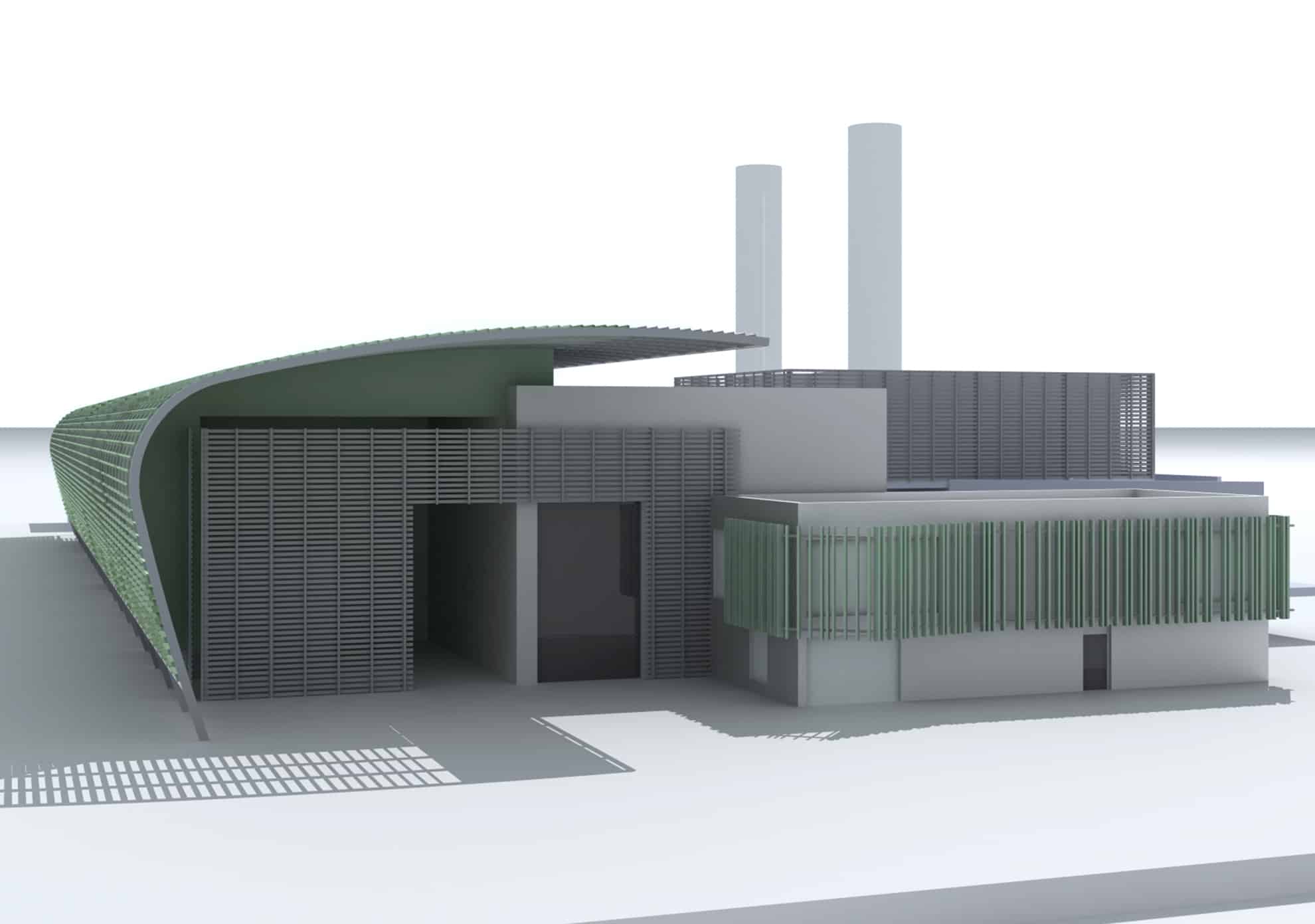 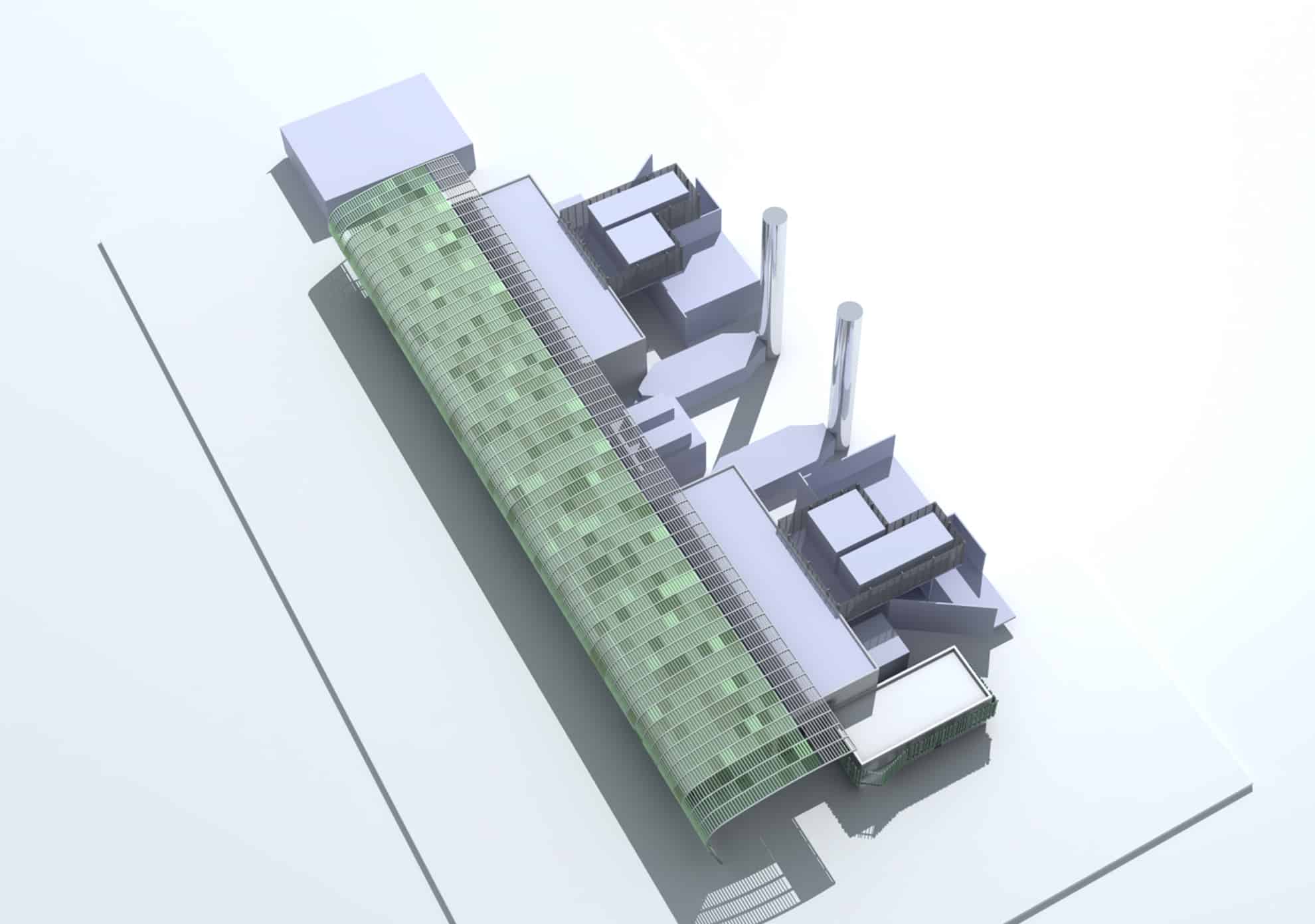