TODD Architects have been working with Dublin Airport Authority since late 2007. We were commissioned to assist in conjunction with Consarc, the preparation of a bid to design and construct a new 4 star hotel and 2650 space multi-storey car park (MSCP) linked to the new Terminal 2 (currently under construction) at Dublin Airport by our client McAleer & Rushe.

In March 2008, the €100m contract was signed between McAleer & Rushe and DAA which led to a Strategic Infrastructure Planning Application being submitted in September 2008 and planning permission received in April 2009.

The design of the MSCP had to take account of the future GTC and Metro link project. The structure of the car park was designed to accommodate the Metro line and the upper decks were cut back to allow the Metro line to run over the lower decks.

In 2015 TODD Architects were commissioned by Walls Construction to deliver the DAC One, a six-storey over basement office building with a floor area of 8,300sq m, is the former Aer Lingus head office vacated in October 2013 leaving it unoccupied.

The project comprised a full re-cladding of all facades, renewal of all services systems and the complete re-planning and renewal of all ancillary accommodation such as Washroom Facilities, Entrance Hall and Plant Rooms. Externally the immediate vicinity of the building has been re-landscaped with new stone paving and soft landscaping, street furniture and lighting. 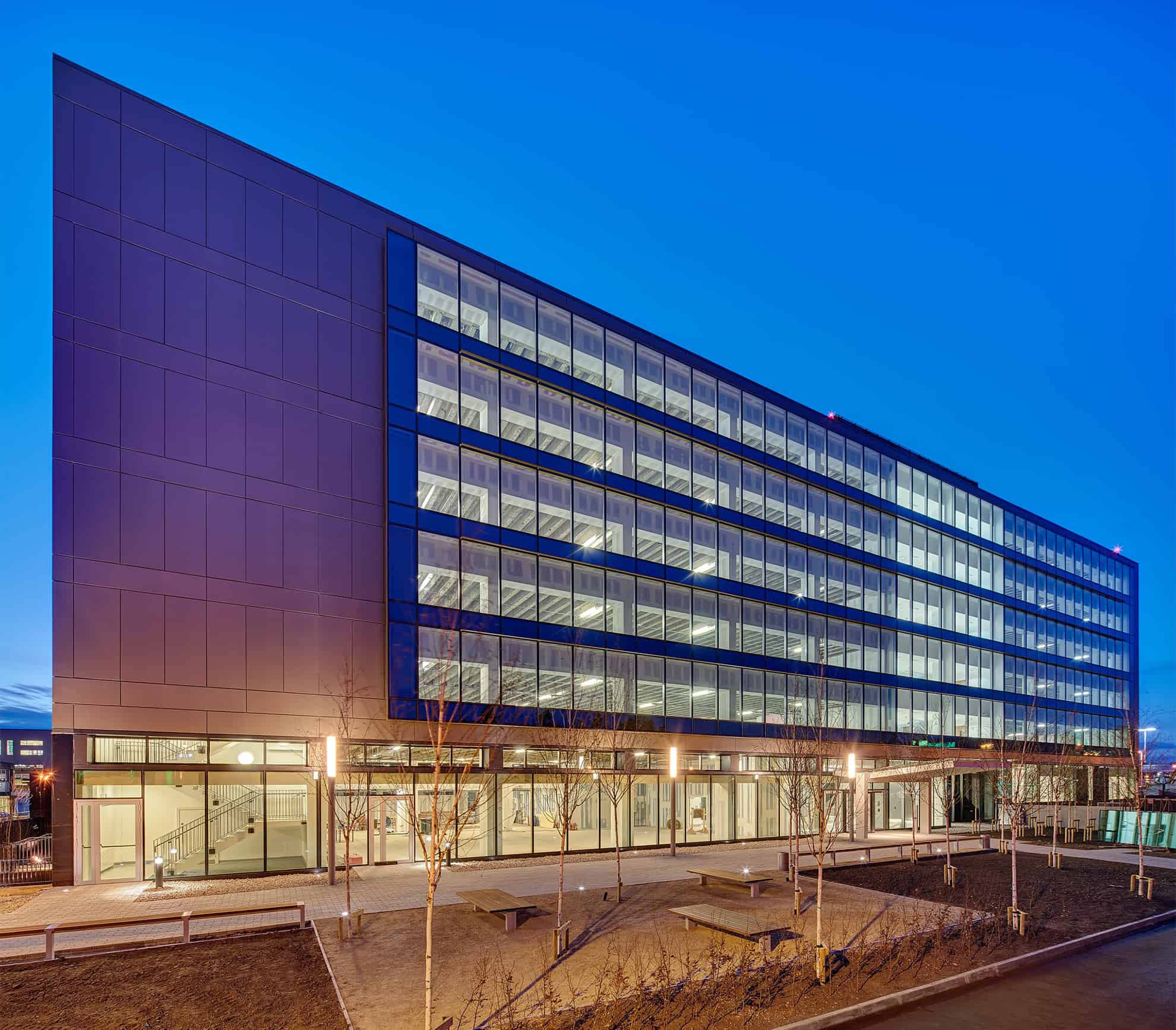 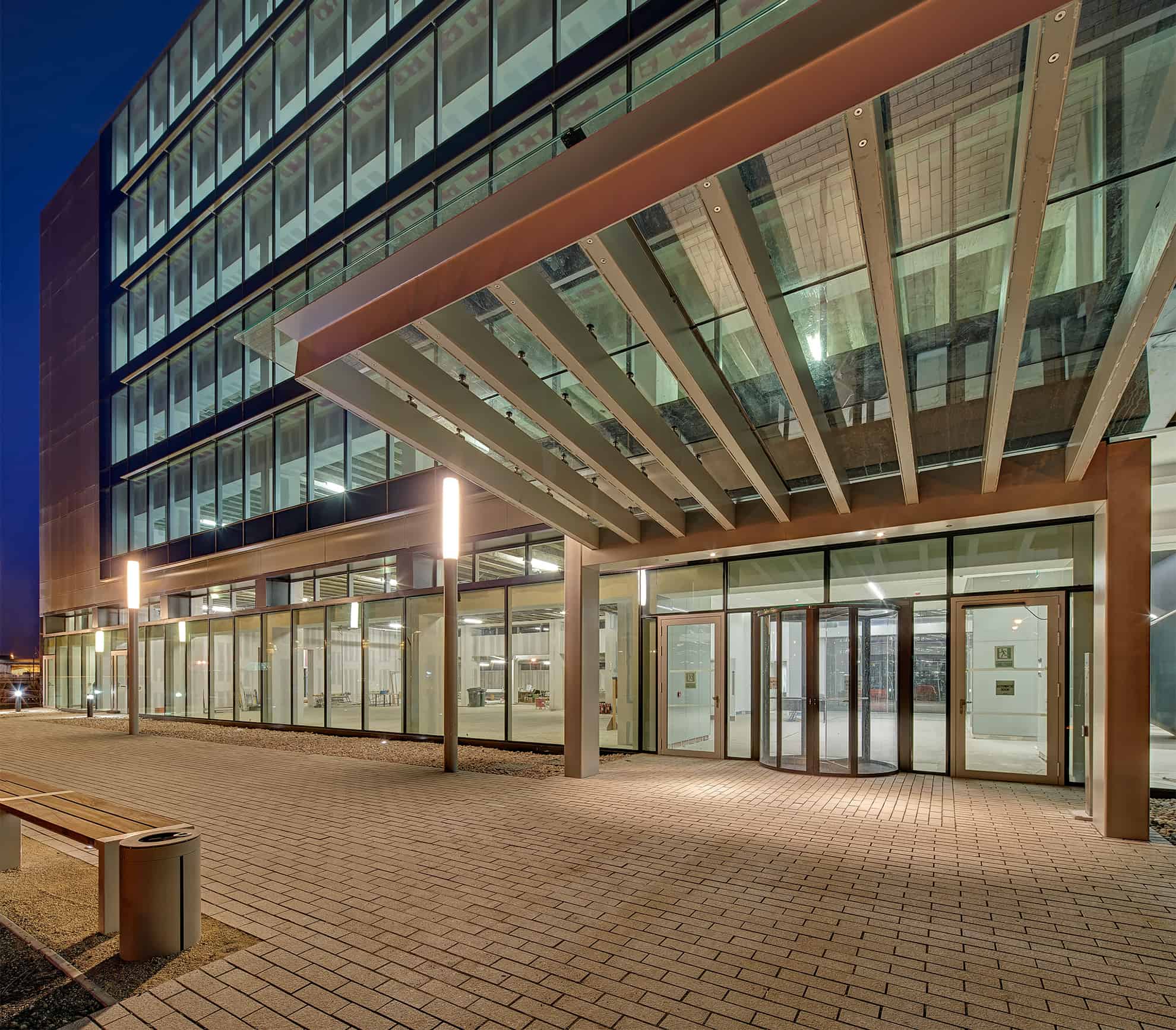