The centre, effectively an extension to the Belfast Waterfront Hall, doubles its event and hospitality space.

Catering for exhibitions, conference and dinners, it has been a catalyst for the increase in business tourism in the city.

The extension, that principally includes new halls and meeting rooms, seeks to establish its own identifiable architectural language and form, whilst respecting the original circular building.

On the centre’s waterfront elevation, the upper levels of accommodation are faced in coloured translucent cladding, projecting over the largely glazed accommodation below allowing it to effectively ‘float’ – an effect heightened through the incorporation of highly reflective soffit panels to the cantilever.

The construction process presented considerable logistical issues including: the diversion of a trunk sewer; building in a confirmed space between the Lough and the existing building; and the need to keep the adjoining hall in operation for as long as possible during the contract.

The centre secured an RICS award in 2017. 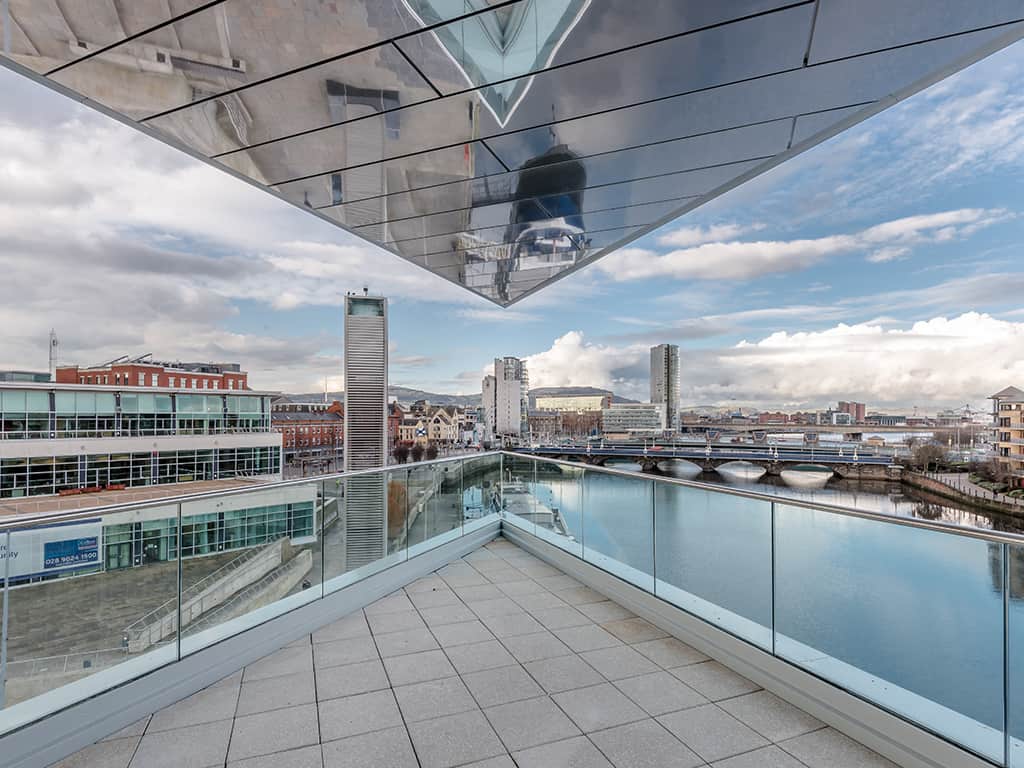 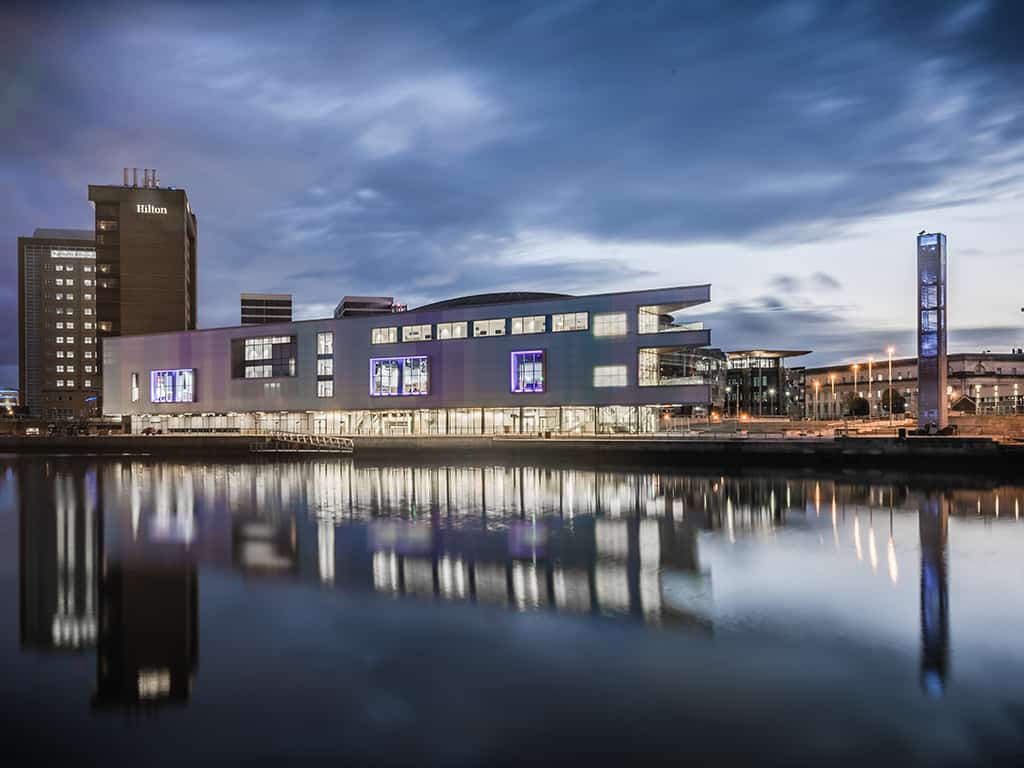 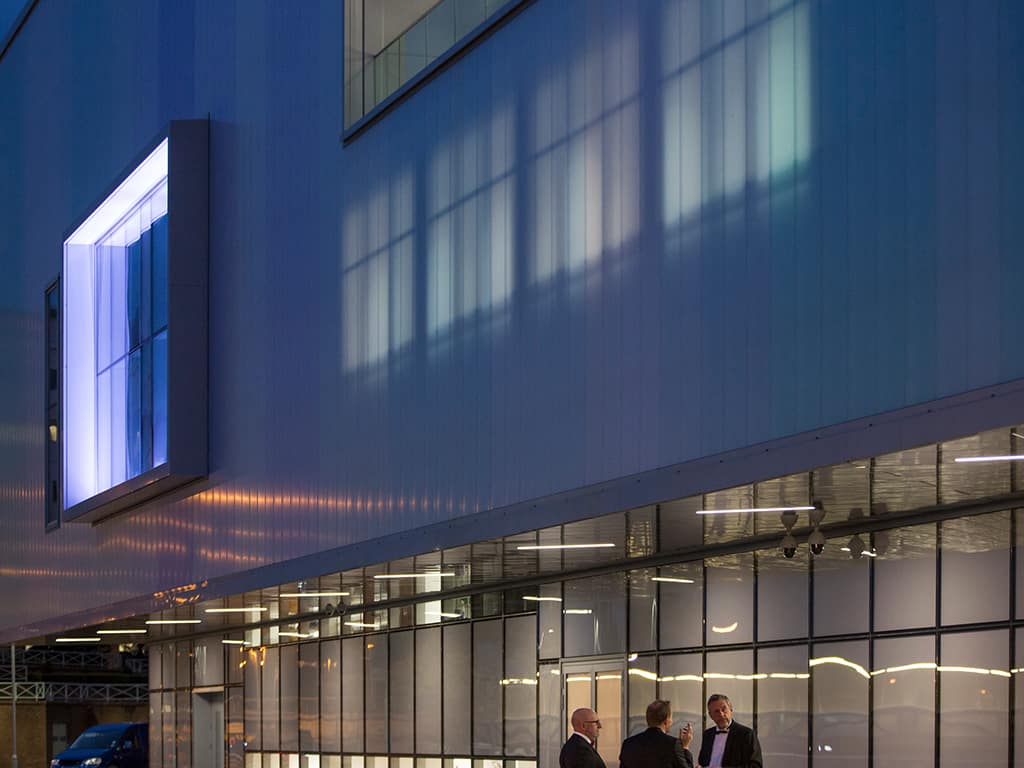 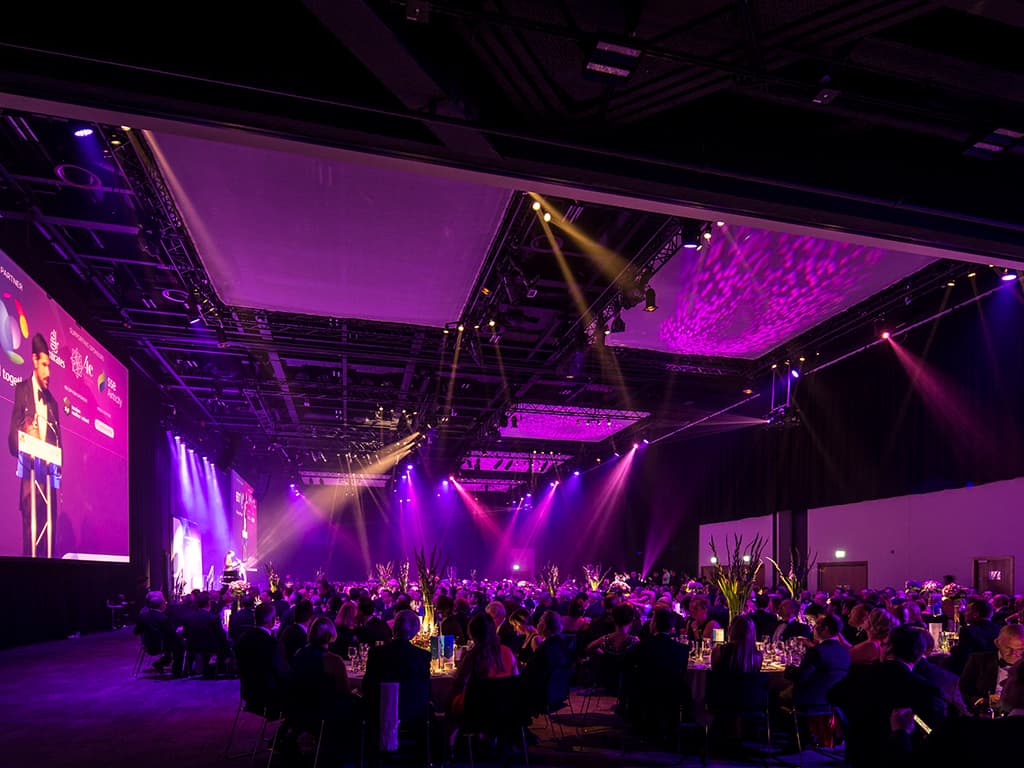