The Learning Resource Centre (LRC) commission at the University’s Magee campus was awarded as the result of winning a restricted design competition, in which five practices from throughout the UK were shortlisted and requested to submit concept designs.

Our response incorporated the 600 networked reader spaces and 700 linear metres of bookstacks over three levels, arranged around a central open atrium. Noisier café, group study and other ancillary spaces are isolated from these main reading rooms, in a block above the main issue desk area.

Panoramic views over the River Foyle below are afforded through the incorporation of a highly glazed east façade. This façade was engineered, with a bespoke designed solar shading system incorporated as part of a primarily passive ventilation philosophy that has been adopted the first time this concept has been utilised within a major building in the north of Ireland. A thermal modelling study was prepared by consultants from De Montfort University, which has informed a solution which incorporates automatically controlled low level louvres (for book security reasons the client could not accept opening windows) and high level clerestory glazing above the central atrium, directing air flow through the building, and an exposed concrete coffered ceiling to establish a ‘night cooling’ component. Over a number of years the energy performance has been monitored and has demonstrated a 25% reduction in CO2/ m2 compare to UU averages. 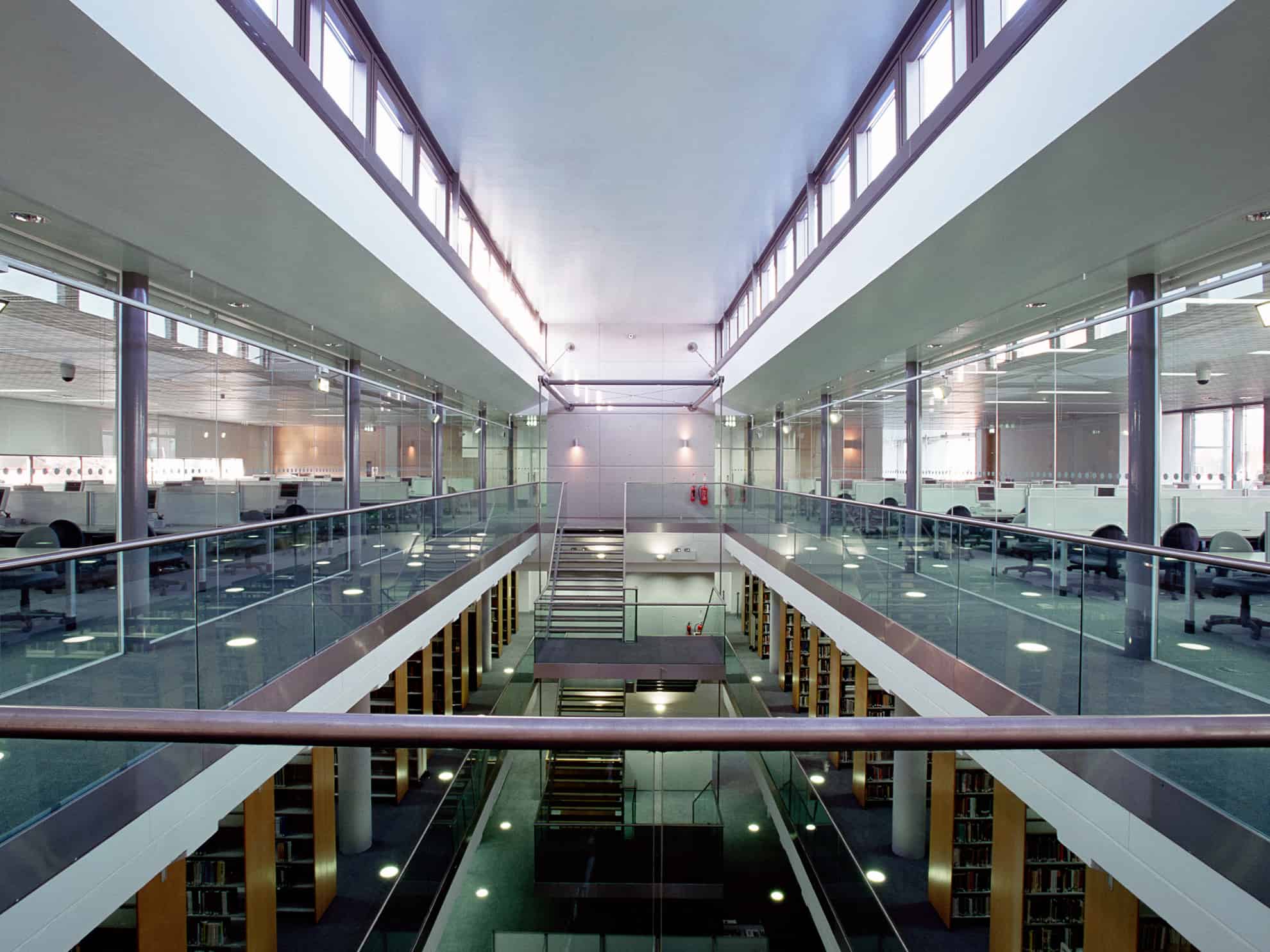 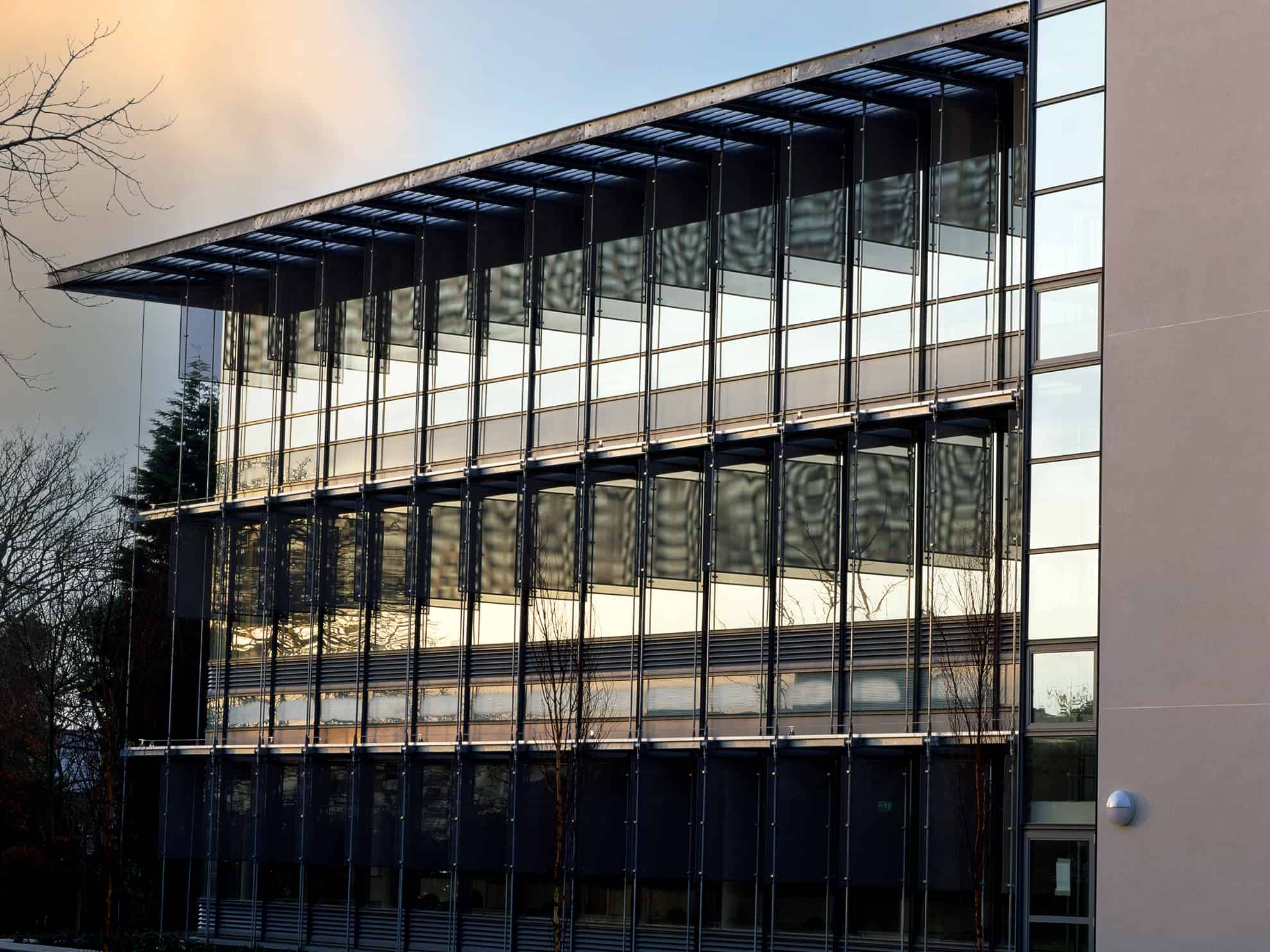