The proposed new Maritime Museum & Archive is located in Ebrington, Derry~Londonderry within the walls of a historic star fort. Derry has a rich maritime heritage stretching back over centuries and the new museum and archive facility are designed to house dedicated exhibitions telling the story of the city from Neolithic times to present day.

The 23,500sq ft building incorporates two listed buildings from the 1880’s, one a former army hospital and the other a former army officer’s mess. The new interventions are designed to respect the historic nature of the site and include a new entrance feature built around and over the wall of a former munitions store, a new extension to the rear, which stands off the existing building and creates an internal feature void, a new link block which rectifies floor levels between the two historic buildings and a new ‘lookout’ feature providing views to the River Foyle and City beyond.

The new interventions are metal clad with gold colour shingles covering the new geometric entrance feature which provides an identity to the building whilst being respectful of the historic setting.

Planning Permission and Listed Building Consent were received 2017 and 2018 respectively. 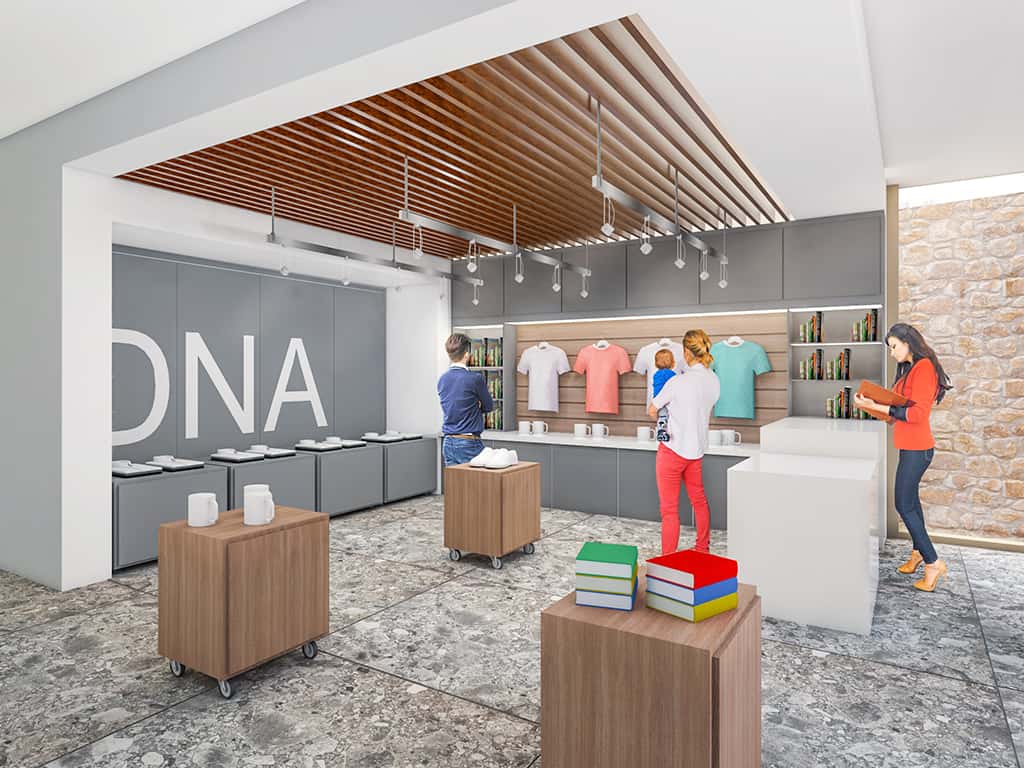 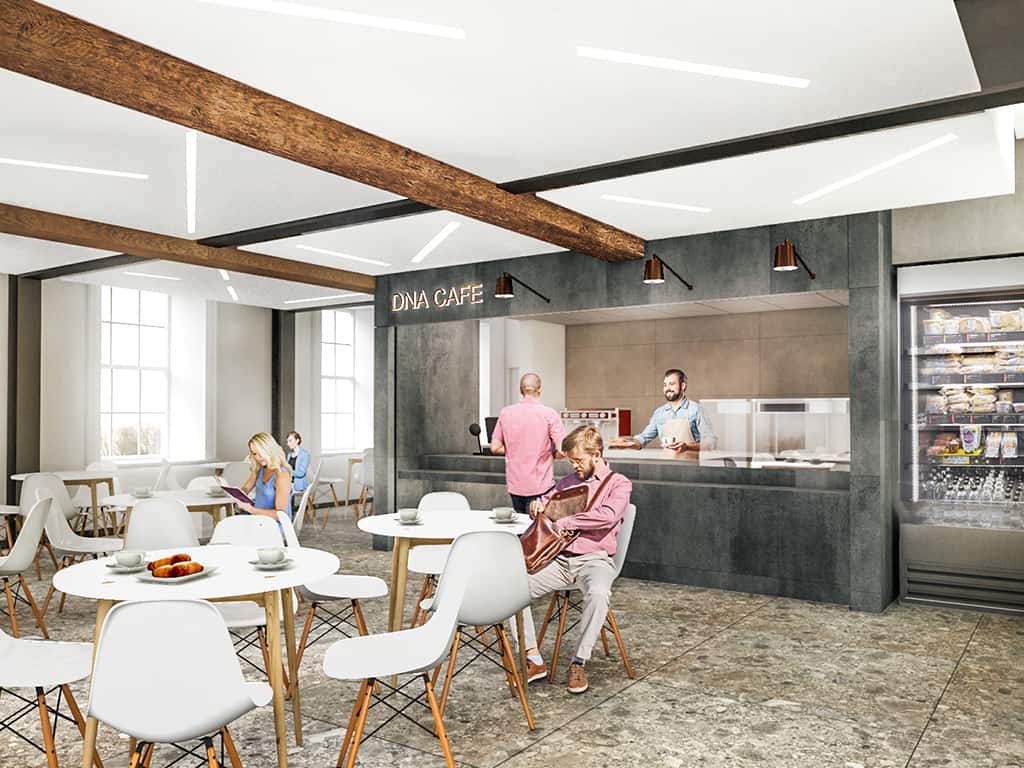 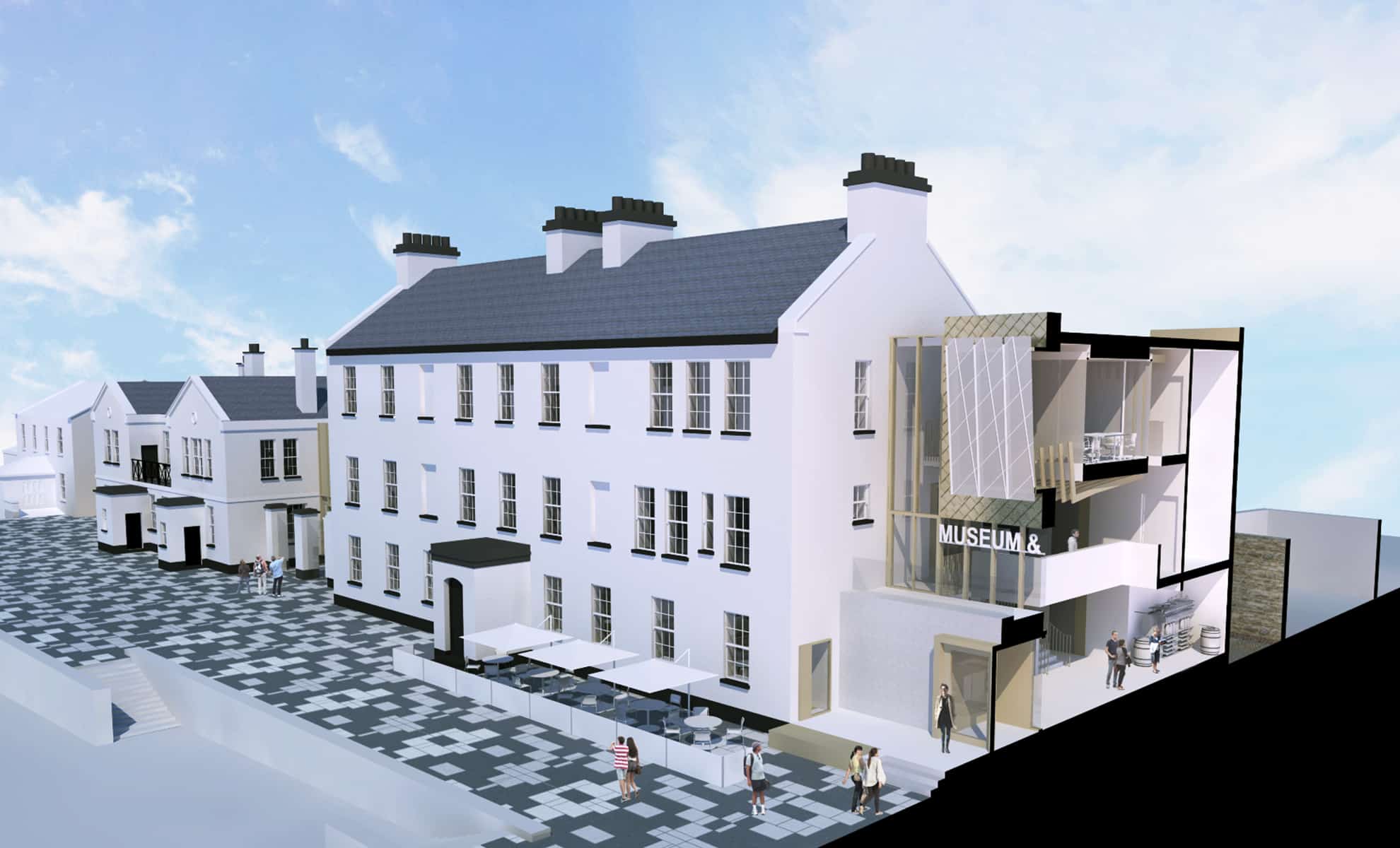 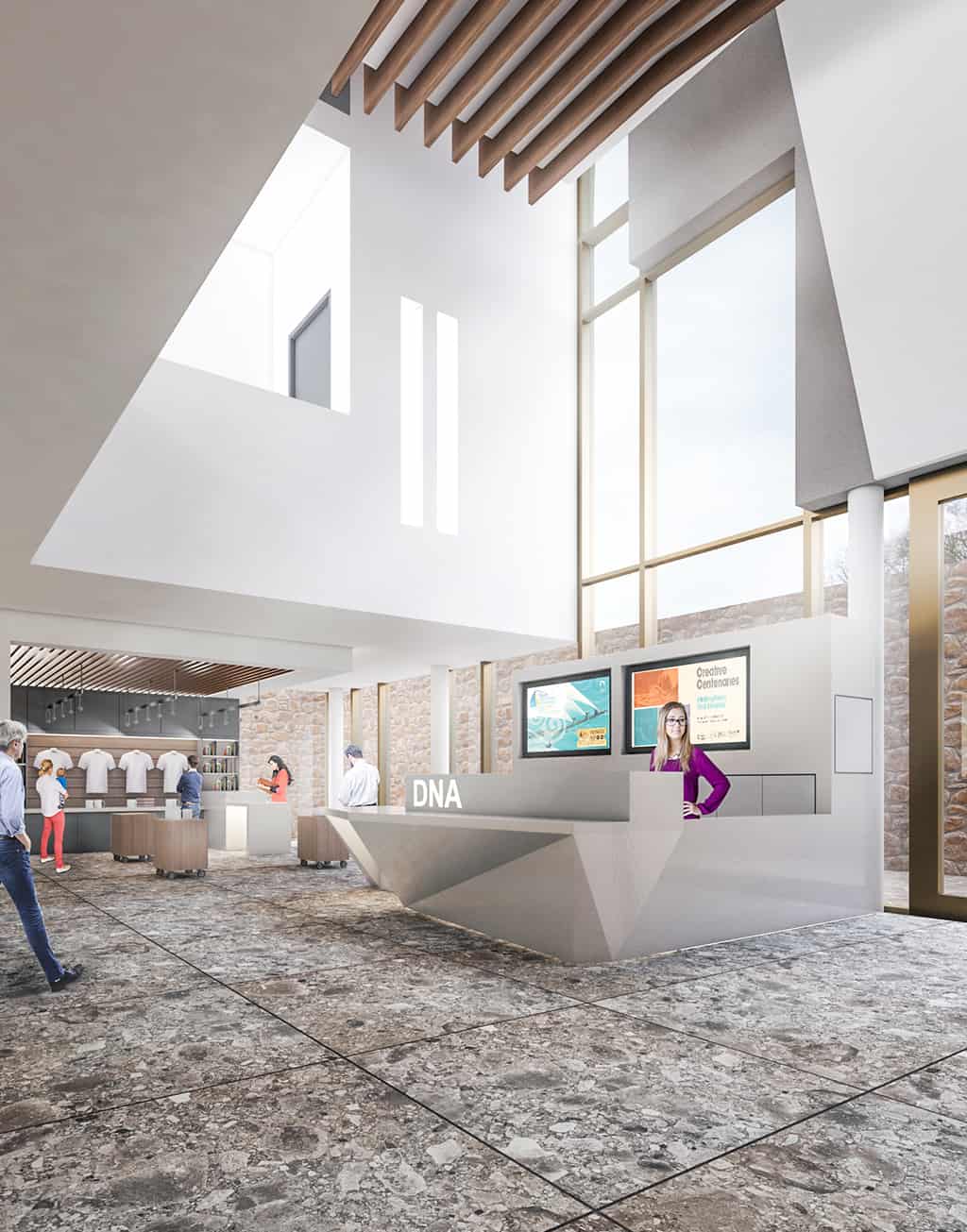