The site benefitted from an extant residential permission that retained and extended the original building, but that was proving commercially unviable for the client to take forward.

The practice was retained to review these proposals and bring forward a new design that was more rational (targetted towards the social / affordable market) and that acknowledged the site’s unique gateway location on the Pendleton roundabout.

The scheme for eighty eight homes retains the front / side façades of the original building, with a new attic storey that in its architectural / material detailing will match the existing and attaches a six storey extension, in pale grey brick, with the upper two storeys modulated by deep recesses to create balcony spaces and add depth / variation to the building’s silouette and roofline. 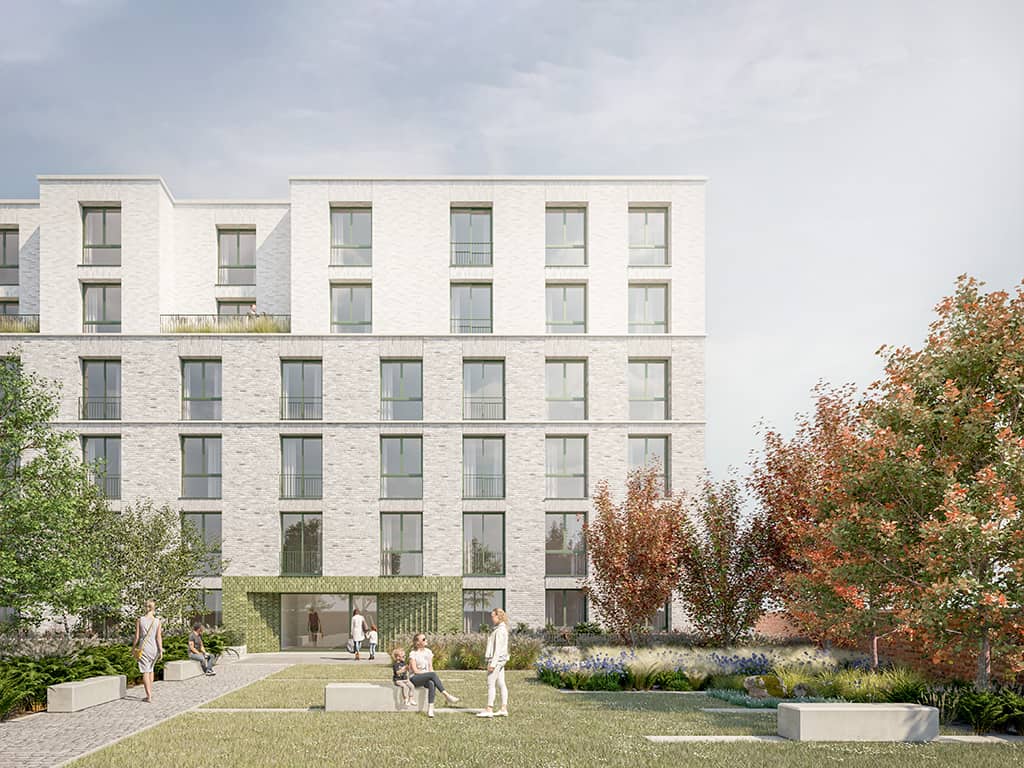 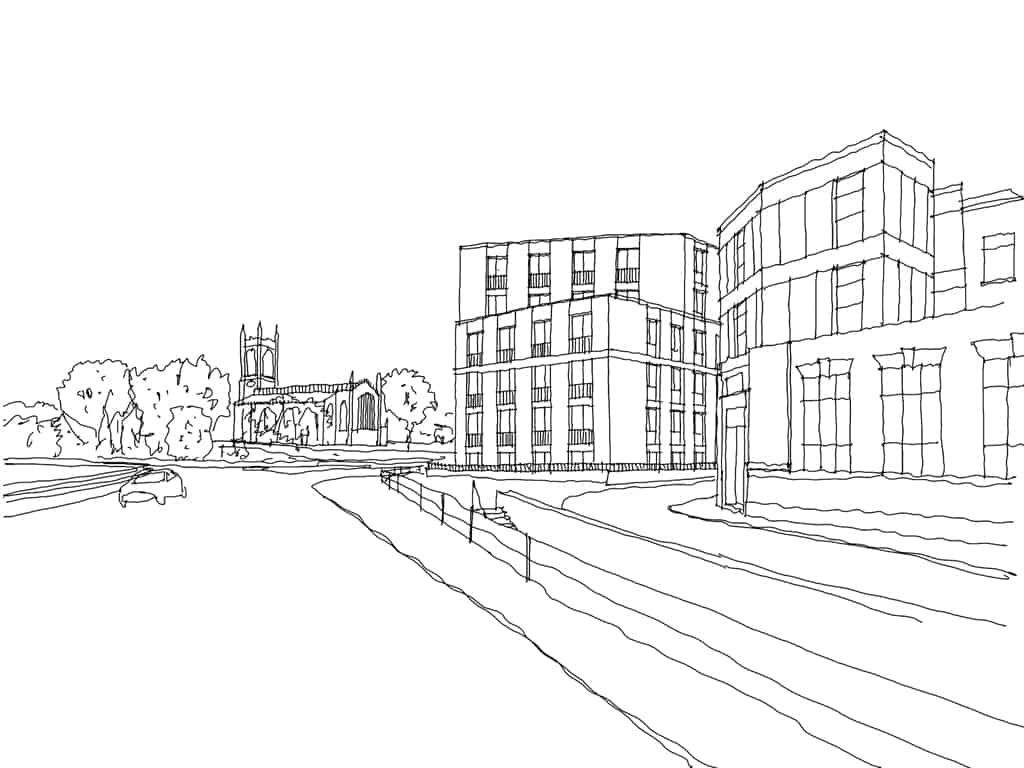 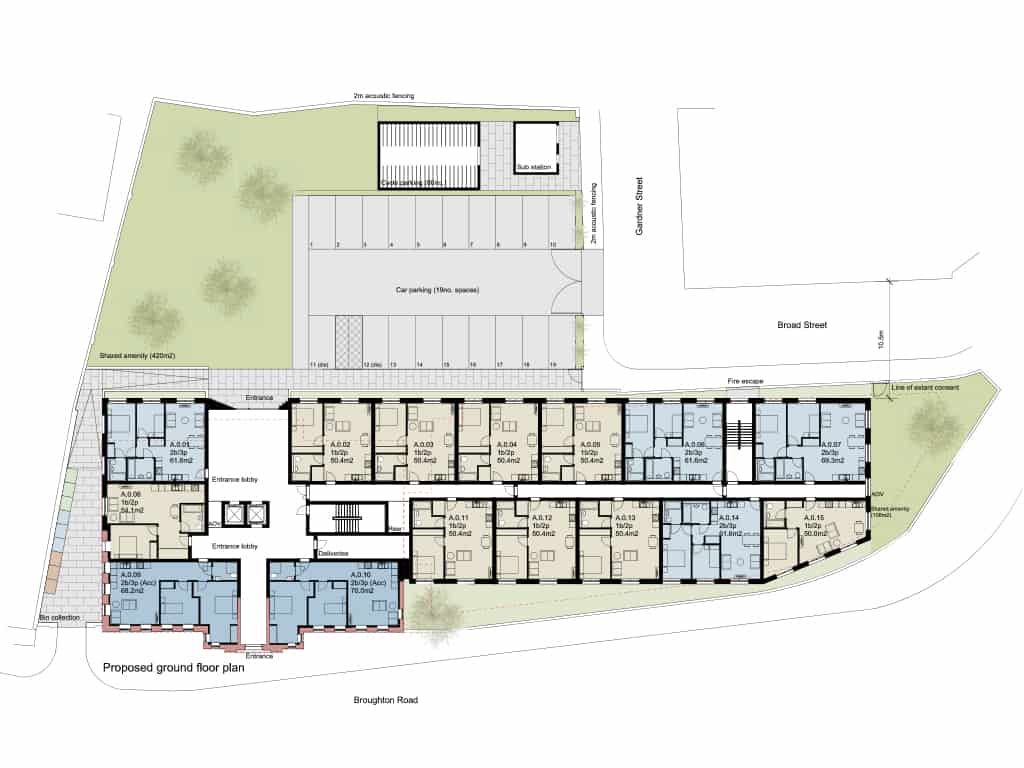