Neath Port Talbot County Borough Council developed the brief as the original facility was destroyed by fire in 2009.  Situated along the iconic Aberavon seafront, the site contained an existing shell building originally designed to house a Bowling Alley. The decision to incorporate the existing structure of the shell building into the new facility was a requirement of the client’s brief. Given the context and site constraints, these aspects heavily influenced the evolution of the design and internal layout.

The existing building perimeter was too restricted to accommodate the 8-lane swimming pool but could house the sports hall dimensions albeit with the roof raised in this area. Beginning with this fundamental parameter, the design was developed as an integrated facility which has three identifiable building zones: 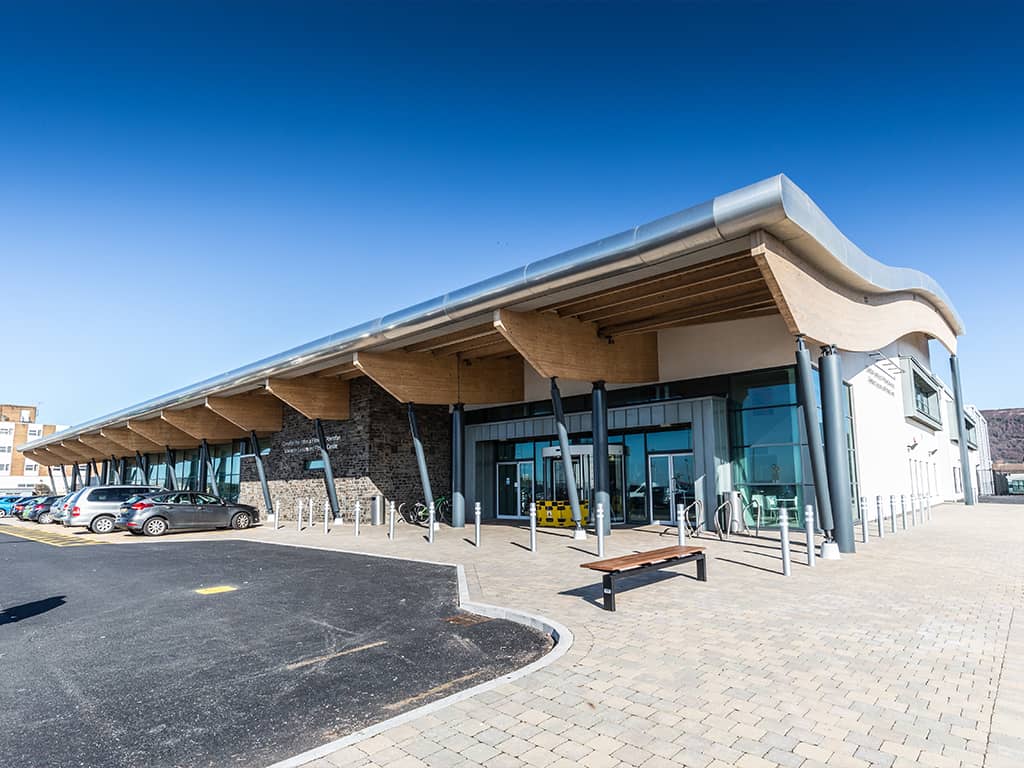 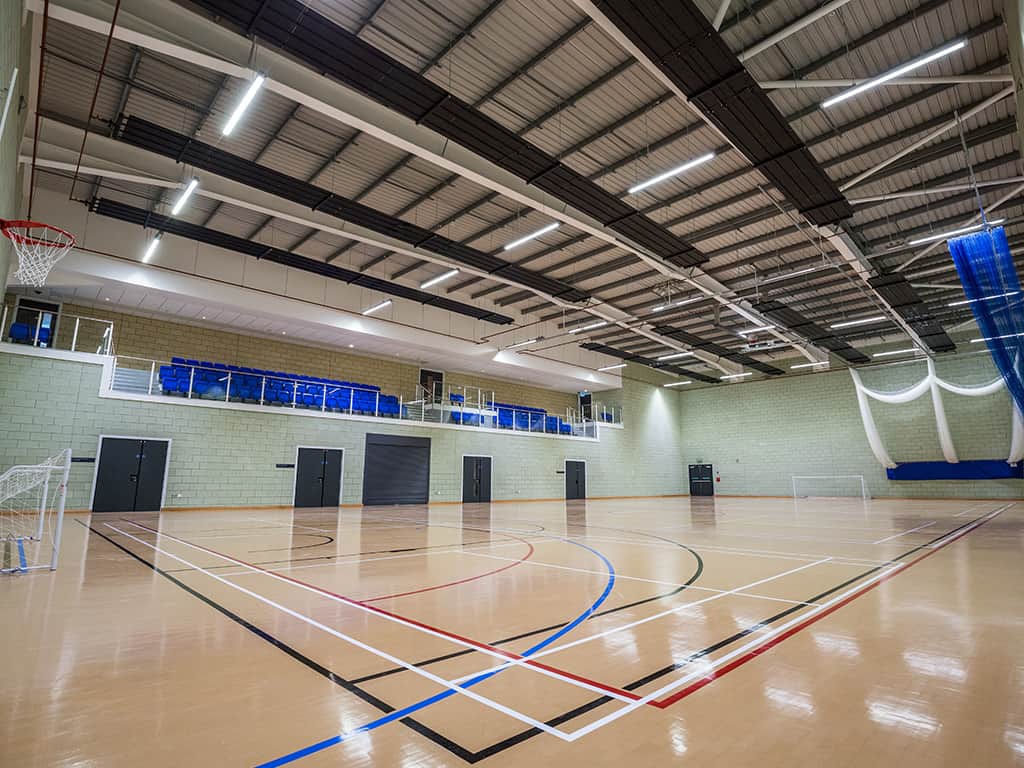 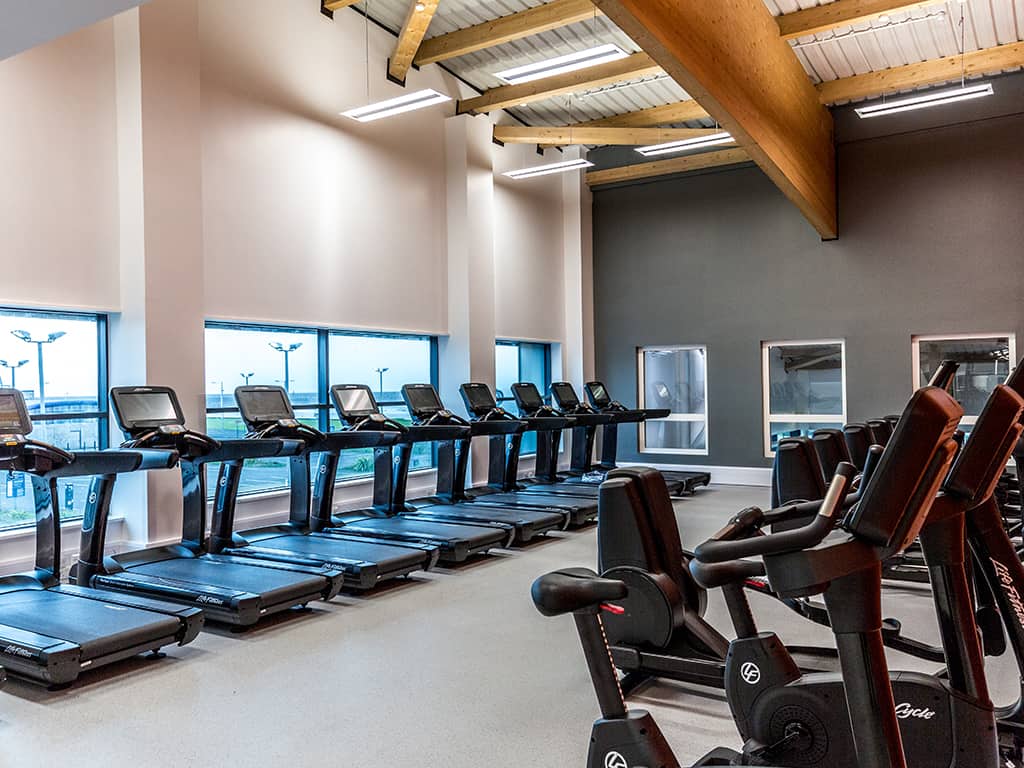 Environmental sustainability was a core brief requirement with the scheme achieving BREEAM ‘Excellent’.