Titanic Studios a new acoustic focused provision within Titanic Quarter, that were brought forward as part of the growing film industry in Northern Ireland, with an initial requirement relating to the “Game of Thrones” series much of which was filmed in the province.

It takes the form of two large free span spaces that have the capability of functioning separately or as being combined as one enlarged space for single use.

The staggered mix of yellow, grey and white panels provides low cost visual interest an important consideration given the site’s prominence. on the banks of the Lough. 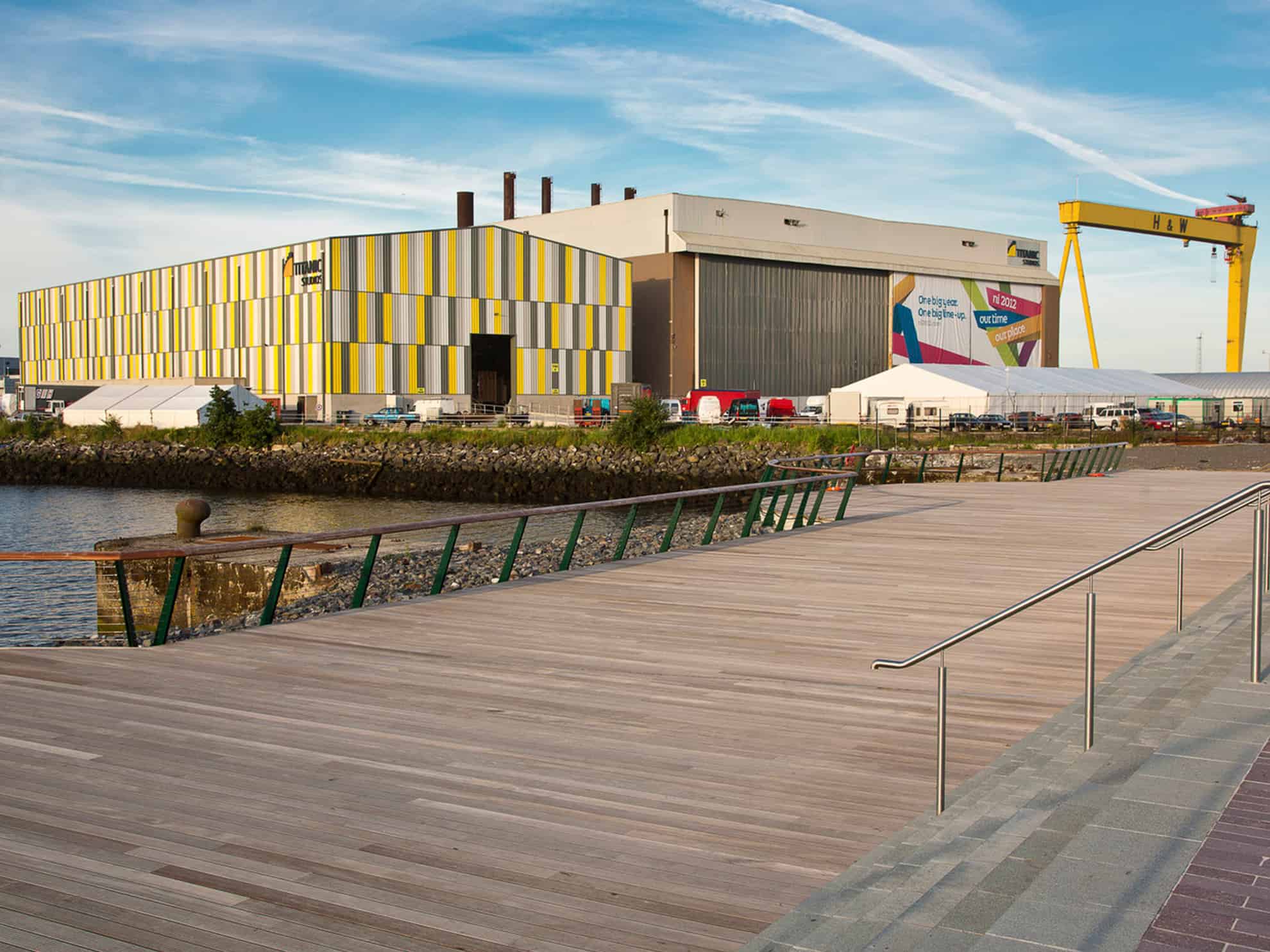 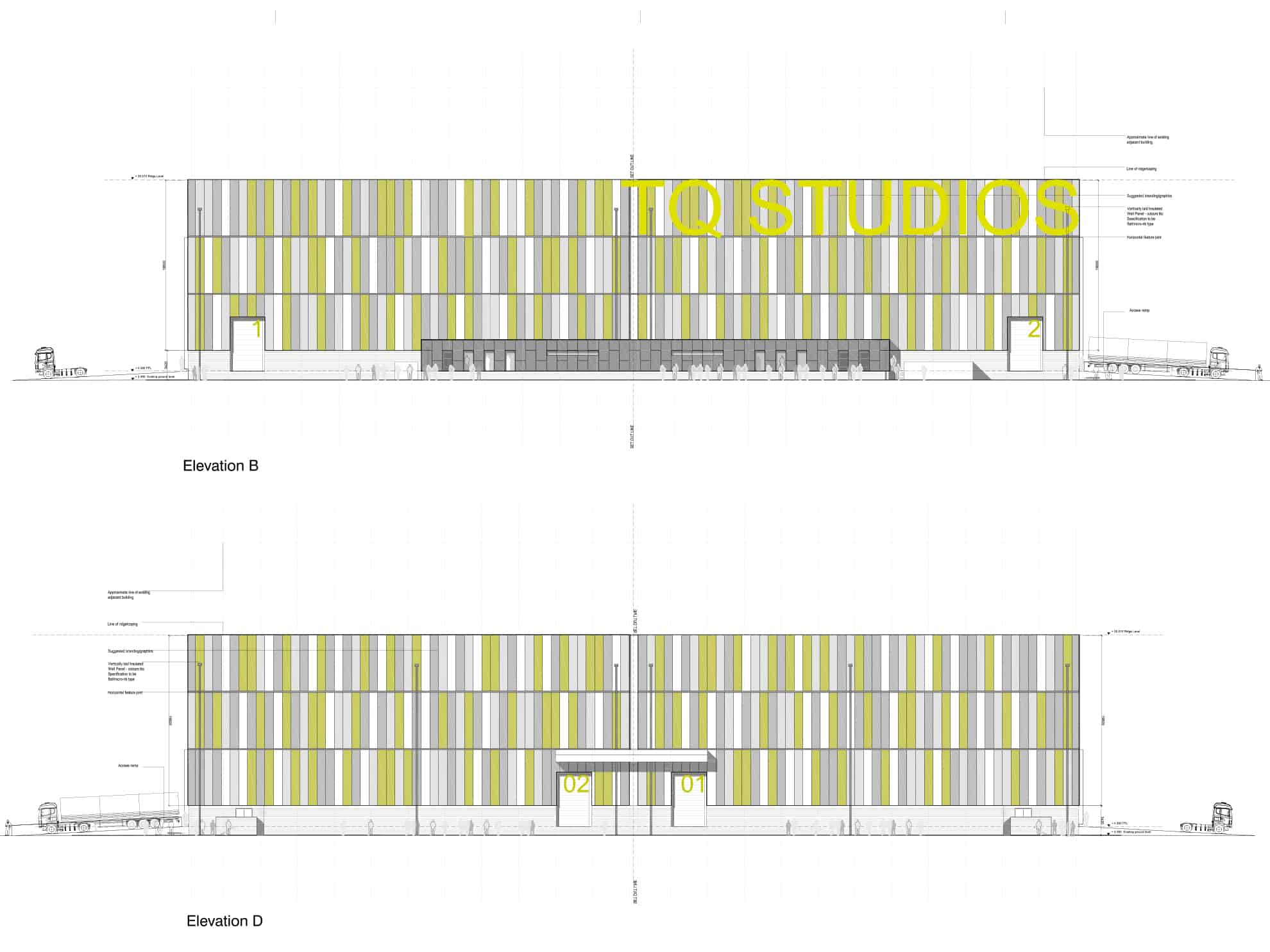 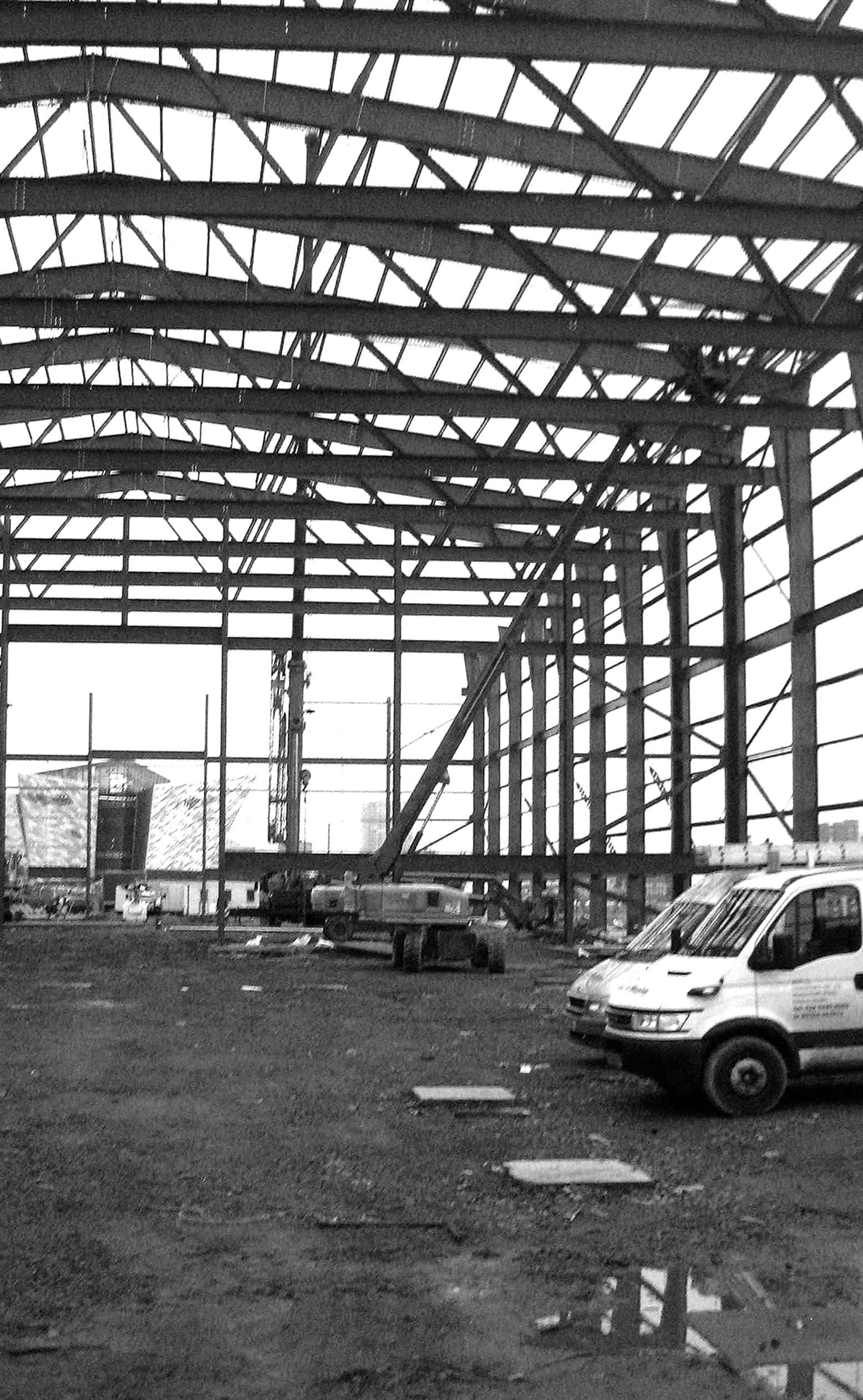 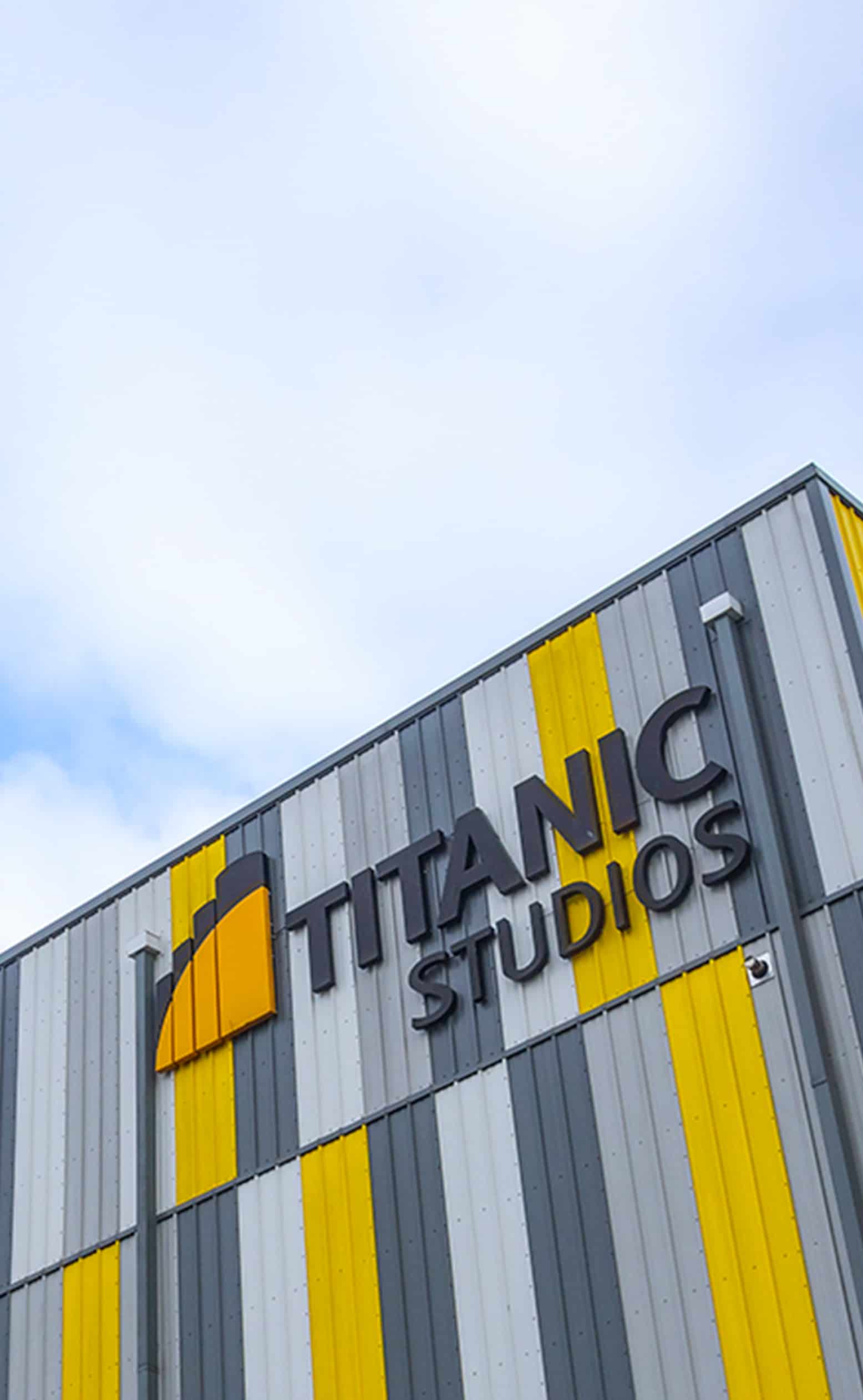 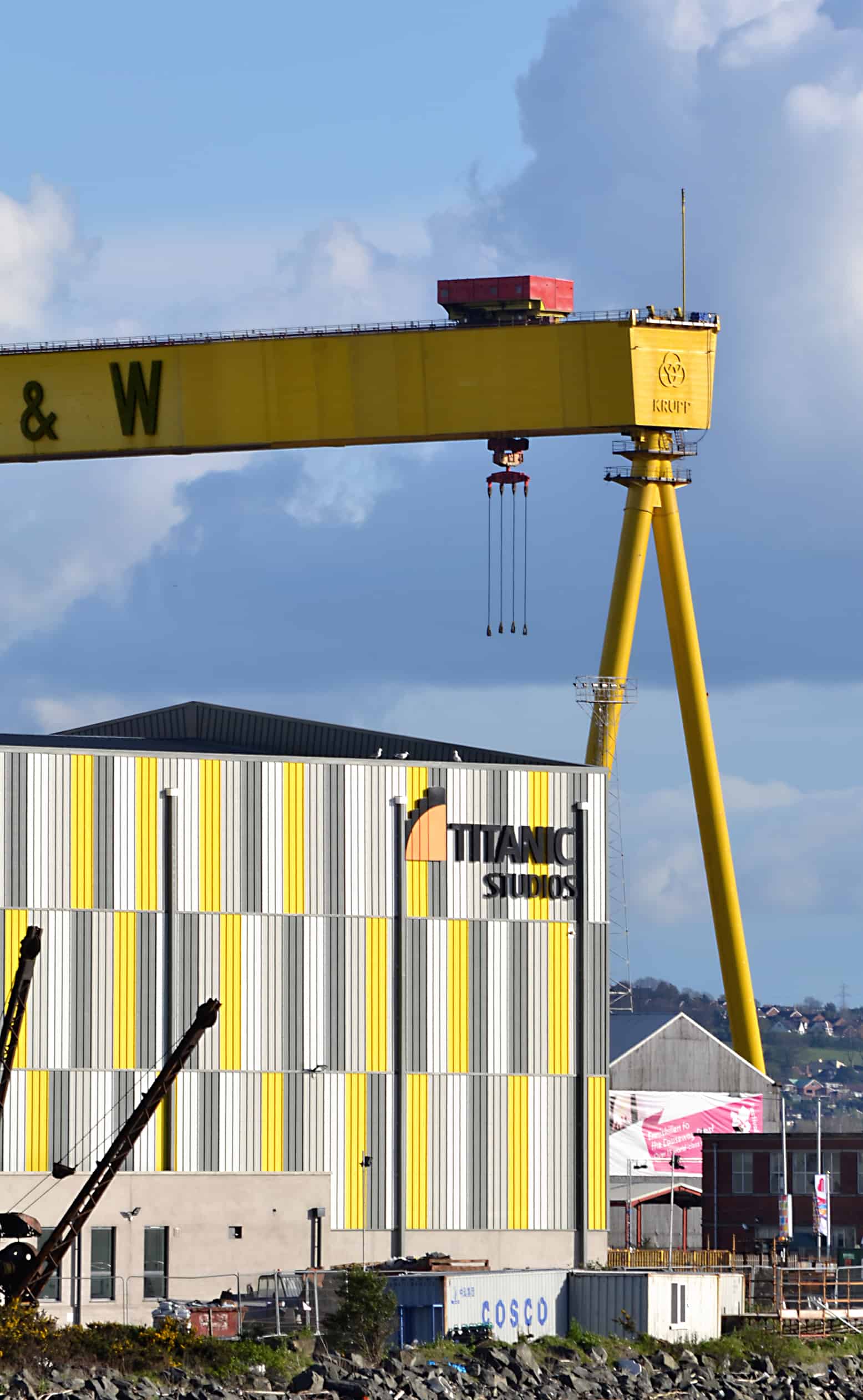